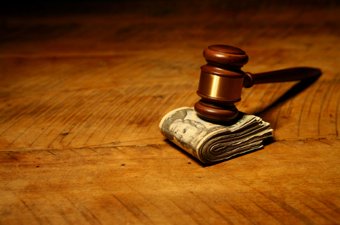 The Fair Housing Act prohibits discrimination in housing transactions including print and online advertisement on the basis of race, color, national origin, religion, sex, disability, or familial status. As we prepare to celebrate Diversity Month this April—to encourage opportunities to include and appreciate different perspectives, cultures, and lifestyles—a pair of headlines today stand in contrast to remind us that many challenges still exist in this area.

As reported by NPR, Facebook, after facing years of lawsuits on account of alleged discrimination by allowing advertisers to display their ads to a select few, has announced that changes in its ad platform will be implemented by the end of the year.

DS News previously reported on the U.S. Department of Housing and Urban Development (HUD) announcement that they were filing a formal complaint against Facebook for violating the Fair Housing Act by allowing landlords and homesellers to use its advertising platform to engage in housing discrimination. HUD had claimed that Facebook enabled advertisers to control which users receive housing-related ads based upon the recipient’s race, color, religion, sex, familial status, national origin, disability, and/or zip code. It further alleged that Facebook then invites advertisers to express unlawful preferences by offering discriminatory options, allowing them to effectively limit housing options for these protected classes under the guise of "targeted advertising."

According to NPR article, Facebook officials said "we can do better" and announced other ad changes would include:

Earlier in 2017, Facebook vowed to increase enforcement to prevent discriminatory advertising on the social media site. However, a study by ProPublica suggested that their enforcement efforts were not living up to those promises. ProPublica stated that Facebook ads exclude a wide variety of groups, including “African Americans, mothers of high school kids, people interested in wheelchair ramps, Jews, expats from Argentina, and Spanish speakers.”

Citibank has been fined $25 million by the Office of the Comptroller of the Currency (OCC) for violating the Fair Housing Act.

The OCC on Tuesday assessed the civil money penalty against Citibank on account of “certain control weaknesses related to its Relationship Loan Pricing (RLP) program designed to provide eligible mortgage loan customers either a credit to closing costs or an interest rate reduction.” The civil money penalty will be paid to the U.S. Treasury.

The release by OCC also stated that as a result of these control weaknesses, some bank borrowers did not receive the RLP benefit for which they were eligible and were adversely affected on the basis of their race, color, national origin, or sex.

Citibank has formulated a plan to reimburse all customers who did not receive the appropriate RLP benefit. Furthermore, to prevent future violations, the bank is taking corrective measures, according to OCC. Citibank will provide reimbursement to approximately 24,000 customers in the amount of approximately $24 million as a result of the bank’s failures and control weaknesses.

Previous: What Makes Diversity in Mortgage Businesses Critical
Next: Ocwen, Wells Fargo Suit Not Over Yet