Homeowner Remodeling Trends At a Glance 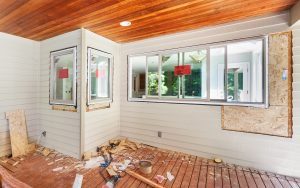 Instead of buying, more and more homeowners are looking to remodel, according to Trulia. A Trulia poll of over 1,300 homeowners revealed that 90 percent of homeowners plan to remodel their home at some point, an increase from last year's 84 percent.

Despite the willingness of homeowners to remodel, most don't have any plans to remodel in the short term. Just 39 percent of homeowners polled stated interest in remodeling their home within the next 12 months.

For all these remodeling projects, homeowners don't want to spend too much. Around 47 percent say they would like to spend below $5,000, while just approximately 20 percent are willing to spend over $10,000. Trulia notes the low cost of many renovation efforts, such as new paint.