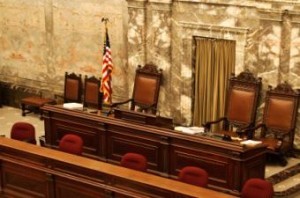 The U.S. House of Representatives has voted to pass a bill that would offer active servicemembers protection from foreclosure.

S. 2393, known as the Foreclosure Relief and Extension for Servicemembers Act of 2015, was approved in the House by voice vote. The bill passed in the Senate by a unanimous vote in December and now needs only the president’s signature to become law.

The bill, introduced by Sen. Sheldon Whitehouse (D-Rhode Island), extends through 2017 the provision of the SCRA (Servicemembers Civil Relief Act) that safeguards active duty service members against foreclosure for one year following the completion of their service in the field as they transition to civilian life. The bill also renders invalid any sale, foreclosure, or seizure of personal property the service member owned prior to service without a court order or waiver the service member has signed.

“Some of the men and women who’ve served our country need time to find their financial footing as they leave active service. They should get it,” said Whitehouse. “Our servicemembers keep us safe from all manner of threats around the globe. It’s the least we can do to keep them and their families safe from foreclosure as they transition back to civilian life. I’ll keep fighting to make these protections permanent, but I’m pleased we’ve reached a bipartisan agreement on a two-year extension.”

“Some of the men and women who’ve served our country need time to find their financial footing as they leave active service. They should get it.”

Whitehouse has fought for years to protect the rights of servicemembers who are homeowners. The Commission on the National Guard and Reserves submitted a report in 2008 that prompted Congress to extend foreclosure protection from 90 days to nine months under the SCRA later that year. The period was extended further to one year in 2012 as part of a bill introduced by Whitehouse. Another bill introduced by Whitehouse in May 2014 extended the one-year grace period until January 1, 2016. That bill passed unanimously in both the House and the Senate and was signed into law by President Obama in December 2014.

National Association of Federal Credit Unions (NAFCU) President and CEO Dan Berger praised the passage of the bill, saying “We applaud Sen. Sheldon Whitehouse’s leadership in offering this bill and both the Senate and House for their passage of this critical measure. This bill will help ensure that servicemembers are afforded vital protection and consideration during challenging financial times.”

In April 2015, Whitehouse introduced a bill that would make foreclosure protection for active servicemembers permanent.

Previous: FHFA to Get Off the Fence on Principal Relief
Next: Lawmakers to HUD and FHFA: Don’t Change Delinquent Loan Sales Programs