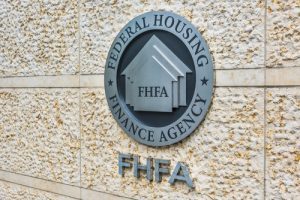 The Federal Housing Finance Agency (FHFA) rolled out its fourth-quarter Foreclosure Prevention Report, which shows that Fannie Mae and Freddie Mac zipped up 67,569 foreclosure prevention actions in the fourth quarter of 2017. Across the board, that brings the number of homeowners helped to 4,040,258 since the start of the conservatorships in September 2008, the report says.

Forbearance plans vaulted to 24,935 during Q4—they totaled 1,212 in the previous quarter. FHFA attributes the notable leap to disaster-related forbearance available to homeowners affected by Hurricanes, Harvey, Irma, and Maria in Texas, Florida, and Puerto Rico. Various mortgage relief options are offered to homeowners affected by natural disasters, and numerous homeowners tapped into them after these three devastating storms.

The percentage of 60-plus-days delinquent loans rose from 1.32 percent to 1.65 percent at the end of Q4, the FHFA reports. The increase largely stems from the impact of those aforementioned hurricanes. Fannie and Freddie’s fourth-quarter 2017 REO inventory slid by 9 percent, the report said.

Some of the other foreclosure prevention metrics mentioned in the fourth-quarter report are as follows:

Previous: 10 Cities With the Best and Worst Credit Scores
Next: The Week Ahead: Measuring Home Affordability