A shift in market share from large banks to nonbanks accounted for a slight increase in the National Mortgage Risk Index (NMRI) for February as well as series-high levels for the risk indices for Fannie Mae/Freddie Mac, FHA, and VA loans within the composite index, according to data released Wednesday by AEI's International Center on Housing Risk.

The across-the-board increases in default risk can be attributed to the risk associated with nonbank lending, which is substantially higher than that of big bank loans, according to AEI. The composite NRMI was reported to be 11.93 percent in February, a slight increase of 0.1 percentage points from the prior three-month average and a jump of 0.8 percentage points year-over-year. The composite index just hit a series high of 11.94 percent in January.

“The migration of mortgage lending away from large banks is an important story,” said Stephen Oliner, co-director of AEI's International Center on Housing Risk.  "Lightly regulated nonbank lenders have been more than willing to make risky loans, with taxpayers ultimately on the hook if defaults mount."

The NMRI for FHA loans in February reached a series high of 24.48 percent, an increase of 0.2 percentage points from the prior three-month average, 0.7 percentage points from January, and 1.6 percentage points from February 2014. February's NMRI reading indicates that recently guaranteed home purchase loans backed by FHA would be projected to default if they were to experience an economic shock similar to the 2007-08 financial crisis. AEI estimates that if FHA were to adopt VA's risk management practices, the composite index would fall to about 9 percent.

"Our data confirm the push by regulators to loosen lending standards is heavily reliant on layering of, not compensating for, risks," said Edward Pinto, codirector of AEI's International Center on Housing Risk.  “This is true for both low down payment and high debt-to-income lending."

More than 204,o00 home purchase loans with a government guarantee were evaluated for the February results, up from 186,000 in February 2014. The total number of loans risk-rated in the NMRI since November 2012 increased to nearly 5.7 million with February's numbers, according to AEI. 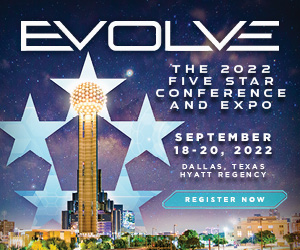 Returning to Dallas this September, the annual conference will once again unite mortgage servicers, government representatives, agents, vendors, attorneys, and other stakeholders for three days of education, networking, and entertainment.