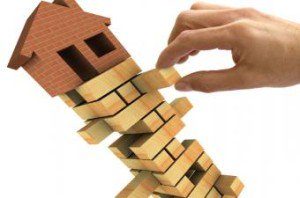 Don Layton, Senior Industry Fellow for the Joint Center for Housing Studies of Harvard University and former CEO of Freddie Mac, took a closer look at Sen. Toomey’s framework for housing industry change, and asked if it was a legitimate kick-start to comprehensive housing finance reform, or just the latest in a line of declarations that will potentially fade away.

“I believe the answer is no, but it could lay the groundwork for something successful and worthwhile,” said Layton in his analysis.

First, Layton feels the framework is more about the GSEs and not so much about housing reform.

“Significant possible reforms of the Federal Housing Administration (FHA), Ginnie Mae, and other aspects of housing finance are beyond the scope of his focus on housing finance reform,” said Layton.

“This concession is a good start, as without it no agreement with the Democrats would be possible,” said Layton in his analysis. “Interestingly, putting private capital in front of the taxpayer actually began almost eight years ago, when large-scale single-family credit risk transfer began; the retention of earnings by the GSEs beginning in late 2019 then accelerated the process. In other words, as such a reduction of taxpayer exposure is well underway, Congress just has to let it continue as part of any reform legislation.

Third, the framework maintains a stance against the GSEs.

“Also dated is the call to ‘end the [GSE] duopoly,’” said Layton. “This was a policy goal shared by most in the mortgage industry and many Democrats (and me) in the immediate years after the 2008 financial crisis, but not for several years now. This collective change of view has occurred for the simple and practical reason that efforts to construct the details of how to end the duopoly, without likely massive disruption to housing markets during a transition, have failed.”

By 2017, the industry and most of the policy community turned their focus to the “utility model” for the GSEs, where they are regulated not just for safety-and-soundness, but similar to an electric or water utility, their pricing and terms of service are set by a commission.

“Such a utility model is now, I believe, widely regarded as the only reasonable path out of conservatorship that is credibly believed will work as predicted and without unacceptable transition risk,” said Layton. “Sen. Toomey’s call to end the duopoly and replace it with a ‘competitive secondary market’ is therefore outdated, and fails to recognize the reality of what has been learned over a decade of unsuccessful reform proposals.”

Finally, Layton claims Sen. Toomey’s framework “abandons the comprehensive approach, and instead aims for reforms that are ‘incremental and realistic, leveraging existing regulatory and market structure.’”

The framework keys in on slow and steady reforms, rather than a drastic overhaul to the entire housing finance system. Smaller changes would impact the industry on a much smaller scale than a drastic and comprehensive overhaul that could cause a potential shock to the system.

“Indeed, ‘comprehensive’ has been the enemy of progress; Congress has produced 100% of nothing instead of 10 or 20% of something,” said Layton. “So, it is good to see that Sen. Toomey is abandoning the comprehensive approach in favor of specific, narrowly-defined reforms that could potentially work as promised and could pass in a Congress controlled by Democrats.”