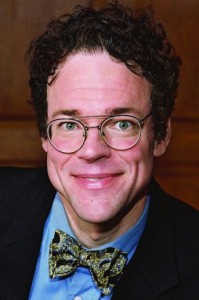 Robert C. Hockett joined the Cornell Law Faculty in 2004. His principal teaching, research, and writing interests lie in the fields of organizational, financial, and monetary law and economics in both their positive and normative, as well as their national and transnational, dimensions. His guiding concern in these fields is with the legal and institutional prerequisites to a just, prosperous, and sustainable economic order. A Fellow of the Century Foundation and regular commissioned author for the New America Foundation, Hockett also does regular consulting work for the Federal Reserve Bank of New York, the International Monetary Fund, Americans for Financial Reform, the 'Occupy' Cooperative, and a number of federal and state legislators and local governments.

Hockett spoke with DS News about the decision by Judge Rosemary Collyer in the U.S. District Court for the District of Columbia earlier this week to remove the Financial Stability Oversight Council (FSOC)’s designation of “systemically important financial institution” (SIFI) from MetLife Insurance—and what the decision means for Dodd-Frank, the financial industry, and for the economy.

Why is Judge Collyer’s ruling surprising to you?

There are three reasons why it's surprising. The first reason is that the statutory language in Dodd-Frank that assigns the task to FSOC to designate particular large financial institutions as SIFIs is quite clear and there doesn't seem to be any question that the FSOC was acting within the scope of that language. What the language says is in providing guidance to the FSOC in determining whether a particular large firm is a SIFI, the FSOC is supposed to determine whether if a particular institution were to fail, it would have wide, far-reaching systemic consequences. It doesn't tell the FSOC to assess the probability of the institution failing. That's impossible to do. We would be fooling ourselves if we thought that we could assign precise probability numbers to particular possible events, like possible failures of financial institutions, and so Dodd-Frank quite sensibly does not ask FSOC or any other regulator to assign a probability number to the prospect of a particular firm failing. What it does instead is it recognizes that firms sometimes fail, as happened in 2008, and tells FSOC to determine whether there would be wide, far-reaching, calamitous financial consequences in the event that a particular financial institution was to fail.

What Judge Collyer said is that it's somehow problematic that the FSOC didn't try to come up with some sort of precise probability number to attach to the prospect of MetLife actually failing. That's a strange requirement to hold FSOC to, because that's not what's mandated by Dodd-Frank. It would be crazy for Dodd-Frank to mandate that, and it's accordingly crazy, I would say, for a judge to say that FSOC has to do that. In effect, the judge is telling FSOC to ignore its own statutory mandate and to follow some other mandate instead.

The second thing that's surprising is that just as a more general matter, it is customary for federal courts to defer to the expertise, particularly of regulators, in technical areas where the regulatory consequences of failure would be catastrophic. For example, we have a regulatory commission called the Nuclear Regulatory Commission (NRC) and as the name suggests, it regulates the nuclear power industry and nuclear power plants. That means that the agency, not surprisingly, has some technically very well-educated people and some scientifically savvy nuclear engineers. The reason for that is because nuclear energy is a highly technical area and you need a great deal of expertise to figure out what is safe and what is unsafe. If you don't do a good job of regulating nuclear power, the consequences can be quite catastrophic. You can have a nuclear meltdown that harms millions of people. Finance is similar—it's no accident that we use the word “meltdown” in connection with finance just as we do with nuclear power. We talk about financial meltdowns, and that's because they are systemically catastrophic when they happen. The affect millions of people and the entire economy. The stakes are high when it comes to financial regulation. A great deal of technical expertise is required to regulate finance well, just as with nuclear power, and the consequences of screwing up are quite catastrophic. For that very reason, we have court doctrine that instructs courts to be highly deferential to the findings of regulators in these sensitive areas, particularly when the judges themselves don't have that kind of expertise. Their assignment is to make sure regulators act within the bounds that are assigned to them by their statutory mandates, but they are not supposed to second-guess the substantive decisions that these regulators make, and Judge Collyer appears to be doing something rather like that. In essence, it's substituting her own judgement for how best to assess the likely harms caused by the financial meltdown of a particular institution for the judgement of nine of the 10 most important financial regulators in America.

The third thing that is surprising about the decision is her reasons that underlie the particular decision. Those reasons are left quite obscure because the decision has been left under seal. The entirety of the decision is not available for the public to read. It's not a little ironic, either, since one of the claims that MetLife made against the FSOC is that the council was “not transparent” when it came to the reasons that it had for designating MetLife as a SIFI. The irony is that the FSOC gave MetLife very thorough reasons. All you have to do is look at the particular document that FSOC published giving the reasons. It's many pages long and gives a great deal of detail in supplying the reasons that it had for designating MetLife as a SIFI. It was quite transparent but then was accused of not being transparent, and then the one party in all of this who seems to be not transparent is Judge Collyer herself, who put her opinion, all two pages of it, under seal. That, in my view, is simply bizarre and flies in the face of all of our norms of judicial transparency and reason-giving in the courts. For that reason, in addition to the previous two reasons I gave, it's not only a surprising decision but it's almost inevitable that it will be overturned on appeal. I just can't imagine this decision standing. It's such an outlier and so marginal that I just can't imagine it would stand up.

Let's assume that Judge Collyer's decision does hold up. What would be the significance of that decision for the financial industry?

Were it to hold up, it just blows a great big hole in the middle of Dodd-Frank and it undercuts probably the most important contribution made by Dodd-Frank. That contribution is to do away with the phenomenon of “Too Big to Fail” by tasking all of the nation's top financial regulators with the job of determining which institutions would be too big to fail and imposing heightened prudential regulatory standards on them to make sure that they don't fail, because it would be impossible to ignore it if they did. What this decision does is it takes away that particular capacity under Dodd-Frank to do away with Too Big to Fail. That's another irony in the decision, by the way—most Americans, I think, would be agreed that the Too Big to Fail phenomenon is a scandal, including former President Bush, who appointed Judge Collyer to the bench in the first place. One of the famous lines of his in late 2008 at the end of his administration came when he was so flabbergasted that we had to bail out all these huge institutions. He said “Somebody tell me how this became possible and we better make sure this is never possible again.” Lo and behold, this judge whom he appointed has just made it possible after Dodd-Frank acted to make it impossible. If this decision were to stand up, I think it would be quite catastrophic and we would be right back to where we were right before 2008 when the financial meltdown began in a big way. At that time, all of those large institutions, including huge insurance institutions like MetLife—the best known of which at the time was AIG, were failing and the government couldn't allow them to fail because letting them fail and not bailing them out would have taken down so many innocent third parties that it would have been catastrophic. Dodd-Frank's most important contribution is to put forth a means of avoiding that kind of problem and essentially developing a way of preventing institutions that large and that systemically consequential from failing in the first place by regulating them more carefully at the front end so that you don't have to bail them out at the back end. It's just crazy to toss that out the window in so cavalier a way, in just a mere two-page opinion that is placed under seal.