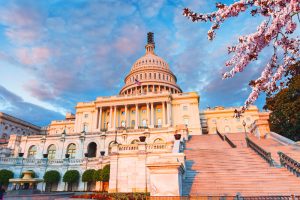 Following reports that Wells Fargo & Company has requested that the Federal Reserve remove an asset cap imposed in response to widespread consumer abuses and compliance breakdowns, Congresswoman Maxine Waters, Chairwoman of the House Financial Services Committee, wrote a letter to Jerome H. Powell, Chairman of the Board of Governors of the Federal Reserve System, requesting additional information.

Waters responded to a Financial Times article which reported that Wells Fargo & Company “made a pitch to the Federal Reserve to remove an asset cap introduced in the wake of its fake accounts scandal, saying it would allow the US bank to extend support to businesses and customers hit by the economic fallout of the coronavirus pandemic.”

Earlier this year, Waters called Wells Fargo a “lawless organization” that has caused harm to millions of consumers during.

Wells Fargo CEO Charlie Scharf testified before the committee during the hearing titled “Holding Wells Fargo Accountable: CEO Perspectives on Next Steps for the Bank that Broke America’s Trust.”

The Securities and Exchange Commission (SEC) announced in February that the bank will pay a $3 billion settlement over its account scandal dating back to 2016. Wells Fargo’s penalties include a $500 million fine to the SEC.

Fellow committee member Patrick McHenry, however, noted that his colleagues on the other side of the aisle “made up their minds about Wells Fargo long ago.”

He said that before the committee received any evidence in 2016, Waters said she had come to the conclusion that “Wells Fargo should be broken up. It’s too big to manage.”

McHenry said that after reviewing nearly half a million documents and countless testimony, that breaking up the bank is not the answer.

“Wells Fargo isn’t too big to manage. The findings of this document show it was grossly mismanaged,” he said.