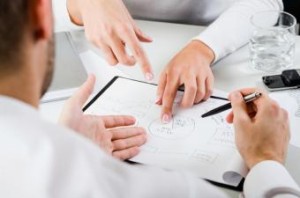 Since it first began reporting mortgage complaints in its Consumer Complaint Database, the Consumer Financial Protection Bureau (CFPB [1]) has received feedback of concern that the complaints do not provide a full picture of mortgage servicing activity. Late last month, industry concern heightened when the CFPB went live with its expanded Consumer Complaint Database, allowing consumers for the first time to include the narrative details of their complaint.

In an open letter to the CFPB regarding the disclosure of consumer complaint narrative data, Senior Research Fellow Hester Peirce and Research Assistant Vera Soliman of George Mason University state that "other than verifying that the customer has a relationship with the company that is the subject of the complaint, the Bureau makes no attempt to assess the veracity of facts, let alone whether the financial institution named in the complaint has violated a law."

Now, in a report to be released today titled "Analysis and Study of CFPB Consumer Complaint Data Related to Mortgage Servicing Activities [2],” Black Knight Financial Services (BKFS [3]) and the Five Star Institute (FSI [4]) seek to provide context and insight to complaints received by the CFPB by comparing the Bureau's two predominant mortgage complaint categories, servicing and default, with loan trends. The report includes publicly available data from both the CFPB and mortgage servicers, as reported from the CFPB database

According to the report, mortgage-related complaints received by the CFPB are on the decline after an initial ramp-up period, and delinquent loans and foreclosures have also decreased. The report seeks to address of the question of whether these two stats are falling at the same rate and if there is a correlation between the two.

"The information contained in this report plays an important role in measuring the scope of volume related to CFPB inquiries made, in juxtaposition to the total number of mortgage holders in the U.S. market," Five Star President and CEO Ed Delgado said.  "Through the data lens, we can clearly examine operational efficiency and defect while measuring progress in providing quality service to homeowners."

Delgado, who initially proposed the need for such a report, conferred with Black Knight as the report findings were gathered.

"Delgado was instrumental in the concept of the paper and contributed throughout the data analysis to consult on the design and scope of this initiative on consumer complaint reporting," Black Knight said.

The CFPB's mortgage-related complaints are grouped into six categories that loosely correspond to action/decision stages in the mortgage lifecycle.

"Servicer actions or decisions directly related to the complaints might be the best basis of comparison for complaint volumes – for example, the number of loans that were not approved for modification versus the number of complaints about loan modifications," Dori Daganhardt, VP of Product Marketing, Data & Analytics Division with Black Knight, wrote in the report. "However, this is not feasible because of the level of aggregation of the complaint categories."

The CFPB began accepting complaints about credit cards when it opened its doors in July 2011. The Bureau later expanded its complaint handling to include other areas of finance; mortgages were added early in 2013. That year, about 37 percent (59,000 out of 163,700) of the complaints the Bureau received were mortgage-related, according to CFPB. The Bureau received nearly 8,000 fewer mortgage-related complaints in 2014 (51,200 out of 250,700) but the percentage of total complaints received that were mortgage-related fell by nearly half (from 37 percent down to 20 percent). For the first three years of the Bureau's existence (2011 to 2013), mortgage was the top category for consumer complaints; that changed in 2014 when debt collection complaints grabbed a 35 percent share compared to 20 percent for mortgages.

The comparison revealed that complaints in the category of "loan modification, collection, and foreclosure" declined by more than 50 percent on an absolute basis and by 35 percent on a relative basis versus non-current loan inventory. This translates to a rate of about 13 complaints per 10,000 non-current loans as of Q4 2014. Meanwhile, the rate of complaints received in the "loan servicing, payments, and escrow account" was reported to be only one for every 10,000 current loans in Q4, which calculated to just 0.77 basis points.

“When the data presents that there are 13 complaints per 10,000 non-current mortgage loans, we need to ask the question if the criticism mortgage servicers are receiving is warranted, and if these numbers instead align more closely with the normal course and expectations of doing business,” Delgado said.

Daganhardt said the report would allow servicers to benchmark their management performance relative to the rest of the mortgage industry, standardize the reporting to the CFPB to facilitate an improvised and unbiased understanding of all the complaints the CFPB receives.

Editor’s note: Ed Delgado is president and CEO of the Five Star Institute, parent company of DS News and MReport.