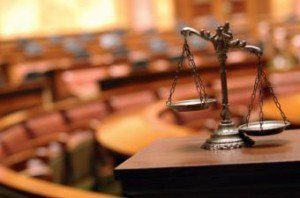 The Department of Justice (DOJ) recently filed an unopposed motion with the D.C. Circuit Court requesting ten minutes of argument time during the oral argument in the rehearing en banc in the PHH Corp case against the Consumer Financial Protection Bureau (CFPB). The argument is to be held on May 24.

The D.C. circuit court allows for 30 minutes per side for oral argument. In its request for argument time, the DOJ stated that because “our position in this case does not fully align with either party,” it is requesting that “instead of sharing time with either party, we receive a total of ten minutes for the United States.”

“We respectfully request leave to present oral argument in support of the position taken by the United States,” the motion states. “The United States has a unique interest in the resolution of the question presented, which centers on the validity of a statutory limitation on the President’s authority.”

The DOJ previously filed an amicus brief in support of PHH Corp, declaring the Bureau unconstitutional. The 33-page brief from the DOJ focuses largely on President Trump’s power to replace the CFPB director.

The DOJ’s position is that the CFPB is unconstitutional, but calls for restructuring. PHH, however, has called for the complete dismantling of the CFPB.

The entire motion from the Department of Justice can be found here.

Tagged with: CFPB Department of Justice

Previous: Changing With the Times
Next: Fewer Jobless, but Less Job Growth in March