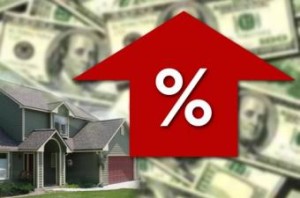 The National Association of Home Builders [1] (NAHB) delivered some good news Monday: 59 of the 350 metro markets have returned to or exceeded their last normal levels of economic and housing activity. In the NAHB/First American Leading Markets Index [2] (LMI), the national average is running at 88 percent, with 11 metros gained year-over-year.

“I think the big news here is that regions outside of the energy states continue to gain ground,” said NAHB chief economist David Crowe. “It’s a promising sign to see areas like Los Angeles and San Jose joining the top ten largest MSAs [metropolitan statistical areas] showing a recovery. We still expect 2014 to be a strong year for housing and to aid in the overall economic recovery. The job market continues to mend and with that we will see a steady release of pent up demand of buyers.”

With the middle of the country experiencing an energy boom, places like Midland and Odessa, Texas, show that their markets have doubled in strength prior to the recession. Smaller metros like Bismarck and Grand Forks, North Dakota, and Casper, Wyoming, are currently at the top of the list.

Overall, 28 perfect of metro areas had a rising score, and 83 percent have shown an improvement over last year’s results. This raised the nation’s index score—this time from 0.87 to 0.88.

NAHB’s index is based on 350 markets that are scored by their average permit, price, and employment levels for the last twelve months and dividing the annual average over the last period of normal growth, which mostly took place from 2000 to 2003 in homes and 2007 in employment.