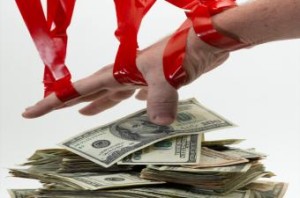 The latest version of the Dodd-Frank mortgage regulations has bankers worried about lending, and their fear has already affected who can qualify for mortgage loans.

On Monday, the American Bankers Association [1] (ABA) released the results of its latest annual Real Estate Lending Survey [2], which clearly show signs of caution among loan officers. According to the ABA, more than 80 percent of bankers surveyed believe that tightened Dodd-Frank rules will restrict credit, thereby narrowing the pool of candidates able to secure mortgages.

In January, the Consumer Finance Protection Bureau implemented Regulation Z [3], which prohibits lenders from making a higher-priced mortgage loan without regard to the consumer’s ability to pay it back. This change swiftly led lenders to alter who they saw as viable mortgage loan candidates as they figure out how to do business within the confines of tighter controls.

“The new mortgage rules are a serious challenge, especially in the near term, for mortgage lending,” said Robert Davis, EVP of the American Bankers Association. “The problem will last at least as long as bankers calibrate their compliance systems, and perhaps much longer.”

More than anything, bankers are concerned with the increasing burden of ever-tightening regulation and with meeting the cost of compliance, which has yet to be assessed. It should be noted, however, that three-quarters of the organizations surveyed were financial institutions with less than $1 billion in assets.

Still, not all news is bad. Despite the worries, the ABA survey shows an uptick in the percentage of single-family mortgage loans made to first-time home buyers, from 11 to 13, last year. This is the highest percentage since 2007. Also, 30-year fixed-rate mortgages made up half of all mortgages in 2013, and the purchase market increased from 39 to 44 percent of mortgage originations.

Also, despite concerns, only 11 percent of institutions surveyed say they are contemplating selling servicing rights due to new regulatory requirements or capital treatment of mortgage servicing rights.