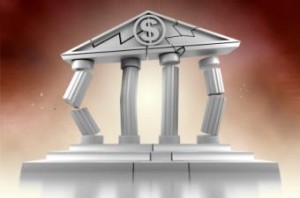 A new study [1] conducted by the Federal Deposit Insurance Corporation [2] (FDIC) suggests that small bank's fears over increased regulations and consolidation are largely unfounded. The study, "The Continued Resiliency and Importance of Community Banks Amid Long-Term Industry Consolidation," comments that bank consolidation is largely restricted to very small and very large banks.

The study looked at bank trends from 1985 to 2013, and found "the recent uptick in the rate of consolidation is attributable to factors that are likely to subside once the effects of the crisis are fully behind us. We also find that consolidation has had much less impact on the community banking sector than is commonly believed."

The study cited voluntary closures as the driving force for consolidation, which accounted for around 80 percent of bank charter attrition since 1985. Additionally, the study noted that bank failures have accounted for slightly less than 17 percent of charter attrition since 1985, citing large waves during the 1980s and early 1990s, and the other in 2008.

"The key finding of this study is that institutions with assets between $100 million and $10 billion—most of which can be considered community banks—have increased in both number and in total assets since 1985," the report said.

Banks in the $100 million and $1 billion range also increased their total assets.

"While their share of industry assets has declined over time, they are disproportion­ately important providers of credit to small businesses and serve hundreds of counties and thousands of communities that are overlooked by larger noncommu­nity institutions. While the overall trend of consolida­tion may well continue, it appears unlikely to diminish the importance of community banks or the role they play in our financial system," the report said.

Small banks have voiced concerns [3] over the effects of  increased regulations that could hurt profit margins, making them more susceptible to buyouts from larger institutions. The FDIC data suggests otherwise.

The report found that when community banks do fail or close voluntarily, almost two-thirds of the time the acquisition is by another community bank.

"The FDIC study clearly demonstrates the strength and resilience of the community bank sector and supports the conclusion that community banks will continue to play a vital role in the financial system of the United States for the foreseeable future," said FDIC chairman, Martin J. Gruenberg.