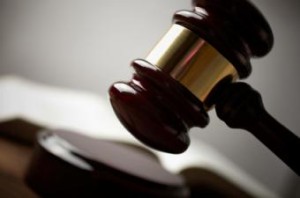 In a long line of lawsuits and complaints against corporations alleging discrimination, the National Fair Housing Alliance (NFHA) announced a complaint against Safeguard Properties, the largest mortgage field services company in the country.

Following NFHA's $42 million settlement with Wells Fargo last year alleging that REO properties were not as well maintained and marketed in African-American, Latino, and other non-white communities, the case against Safeguard is similar, accusing racial disparities pertaining to the way Safeguard kept up homes in those same areas.

During a press conference via webinar, NFHA showed pictures they believed to have "stark differences" in upkeep based on the neighborhood and the color of the former owners, violating the Fair Housing Act.

While the NFHA statistics and some images painted a picture of neglect, the report was based on a very small sample size used for their survey. For example, in Toledo, Ohio, noted as the home state for Safeguard, only 33 properties were surveyed and of those properties, 25 were in white neighborhoods and only eight were in African-American neighborhoods.

The NFHA's statistics cite 88 percent of properties showed three or more deficiencies, which in this case equals seven homes, all surveyed by the organization itself.

Safeguard CEO Alan Jaffa responded directly to DS News regarding the claim, stating, "They haven’t provided us any data. I don’t know the time frame, but to look at that number of properties—we perform a lot more work than that. To inspect two homes and say one has a deficiency, I’m not sure that is discrimination."

James Perry, the Executive Director of the Greater New Orleans Fair Housing Center (GNOFHAC), quipped during the call, "Folks might assume with a name like Safeguard you’d have a great neighbor, but in Southeast Louisiana, we found that living next to Safeguard means that you actually need to keep your guard up."

In Perry's presentation of findings in Baton Rouge, only ten homes were surveyed, with six homes from white neighborhoods and four homes from African-American neighborhoods. While repeatedly mentioning overgrown grass and shrubberies, he stated, "Not a single REO in the white community had deficiencies."

Safeguard, who claims they have been working with HUD through the administrative process based on a complaint filed in March 2013, feels blindsided as a company by the public complaint and press conference and are offended by the allegations.

Greg Robinson, CFO of the company, said, "We take these allegations very seriously. It’s something that goes against Safeguard's DNA. We work with HUD, Fannie, and Freddie to combat blight around this country but with something like this, we get accused of racial discrimination, and it eats at our hearts. That's why we are offended by this. We worked diligently with HUD on the complaint process. We tried to have an open and transparent dialogue on these issues."

Shanna L. Smith, President and CEO of NFHA, commented that the organization met with Safeguard, and the claims of failed maintenance were explained as "isolated examples."

The company's eight responsibilities for the maintenance of foreclosed homes include dealing with matters like trash and debris, grass and leaves, shrubbery and invasive plants, unsecured broken doors and windows, unsecured holes in the structure, and broken or missing steps or handrails. The NFHA states that these responsibilities—as Fannie Mae has directed to Safeguard—if not kept up, will cause the decline of the property value.

Safeguard believes this to be all about money for the NFHA to redistribute to these communities and not a solution to the problem.

Robinson commented, "It appears by their actions that the real focus is on monetary penalties; not addressing the issues they supposedly have identified."

Jaffa added, "I can’t tell you whether they want to have conversation, settlement, or drag this on for the publicity, but it is very clear from the conversation today they are very much about wanting to give dollars back."

NFHA has also filed similar complaints in the way foreclosed homes are maintained and marketed against Bank of America, Deutsche Bank, and US Bank. While no resolve or settlement has been presented in this case, NFHA has confirmed that if they receive money from Safeguard, the funds would be distributed to improve the communities that have allegedly been affected by these issues, among other factors surrounding the foreclosure crisis.