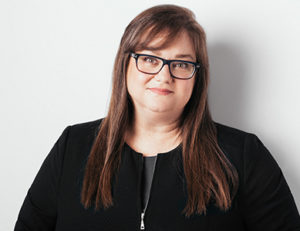 Beth O’Brien is President and CEO of CoreVest Finance, a private lender to residential real estate investors. Under O’Brien’s leadership, CoreVest has closed $3 billion in loans in the investor loan market and has financed more than 20,000 investment properties. Previously, O’Brien was EVP at Auction.com, where she ran residential capital markets and was President of AuctionFinance.com, where she ran the financing strategy for the platform. O’Brien also held prior positions at Citigroup and Goldman Sachs. Combined, she has over 25 years’ experience in almost every aspect of the mortgage industry, as both a principal and an advisor, and has overseen more than $15 billion in transactions.

O’Brien recently sat down with DS News at Five Star’s 2018 Single-Family Rental Summit to discuss the booming single-family rental market, the ever-shifting industry landscape, and how CoreVest has evolved to thrive within it.

Why is single-family rental important in 2018?

O’Brien // We're facing a housing shortage in the country. Over the next decade, I think it's going to be severe, and there are several compounding factors that are working concurrently to make that the case, and it depends on where you are in the country as to which one you see most acutely. It's manifesting itself in different ways in different markets, but there is a true housing shortage coming, particularly in what we think of as workforce housing.

So, what does that mean? If you look at the structural components of the housing stock across the country, you see that the single-family rental has gotten to the point where more than half of the families who live in a rental home are living in single-family rentals. It's a critical component of how we're housing people in this country, and yet we haven't built an infrastructure around it. People think rental and they think multi-family, which is fine, but that's not the majority of what's happening when you're thinking rental.

When you think affordable, it could be either rental or ownership. I don't think it's as critical because there are a lot of reasons now why owning versus renting should be a personal decision. I make the analogy sometimes of a block with a bunch of cars on it, in the driveways. My parents, their generation, they owned every car on that block in those driveways. Right now, pretty much all of those cars are leased. And there's a smattering of both, but guess what? Over that period, there was some evolution as to how people were either financing or buying their cars. No car goes around with a sign on it saying, "I'm a rental." The same is true for a lot of the homes that we finance that are rental homes.

There are some rental communities, and I applaud the people that are building them because they're great. They're brand-new homes for people. They're living in great places and they're renting. But for the most part, you can't tell when you go down the block if it’s a single-family rental or an owned home.

Do you think single-family rental has the potential to replace the traditional path towards homeownership, given the problems with inventory shortages and affordability issues in many markets?

O’Brien // I don't think the single-family rental space is taking away from homeownership because I don't think it's the same homes that are winding up in the rental stock. Even over the past four, five decades, nevermind the past four or five years, there's always been a high percentage of single-family rentals in the U.S. The number doesn't change as much as people think. There was an influx from owned to rental right after the crisis, but for the most part, if we're talking about workforce housing, those tend to have been rental stock and stayed rental stock. It's not like there's this pent-up demand. On the margin, there's some. I'm not discounting that we have them, but that's not what's driving the demographics.

What are the challenges you see coming up in 2018 within this space?

O’Brien // Certainly rising interest rates are going to make it more difficult for investors to execute on some of the value-adds that have been happening. One of the things we've seen that I think was great is that there's very good rehab financing available right now in some of these more urban infill markets where investors focus on value-add. I don't like to use the term fix-and-flip because they’re not just flipping. A lot of investors are actually stabilizing properties and communities that weren't stable before.

Do you have any advice for investors who are considering stepping into the single-family rental market?

O’Brien // It's important to know where you're doing it. If you're planning to get in, it would be convenient to do it closer to home, unless you're planning on using third-party property management. That's one of the nice things about the fact that the industry has gotten more attention is that there are great technology companies that have also come into the space, and so there are third-party property managers, there are all kinds of tenant software that's available now. All of the things that the large, institutional players were using to help manage their properties are available even for investors with a few properties because of the influx of web-based management tools. We’ve seen it ourselves with some of our smaller borrowers. The reporting's been great, and the data they're able to produce is great because the technology solutions are getting better and better.

But it's real estate, so you have to focus on location and title and all the nitty-gritty. Overall, the ability to be an entrepreneur, build wealth by building a portfolio of single-family rentals, it's unequaled compared to other asset classes. We have borrowers who were teachers and started acquiring one property at a time and now have these nice portfolios.

The market has changed a lot over the last ten years. What are some of the ways that CoreVest has evolved as things continue to flow?

O’Brien // CoreVest started in response to realizing that there was no bespoke financing for the single-family rental space. There was technology used by the institutional players getting securitizations done that made us think, "Wow, we can do a conduit with securitization." It was born out of the distress, but I think the evolution since then has been to dive deeper. We've been able to get closer and closer to what the actual market needs. What's weird is that financing products tend to be born out of the ability to access the capital market, but just channeling the capital markets is never going to give you the right product. So, the good news is that four years into it, we've been able to tweak the products to more closely work with what the actual borrower needs, not what the capital market needs.

Every one of the changes and innovations we've made over the past couple of years were to make it more borrower-centric versus capital market-centric. What's been great is that the capital markets have come along. If you address a need in the marketplace, the capital markets will also see that as a positive innovation. And again, you have to start with the cost of capital.