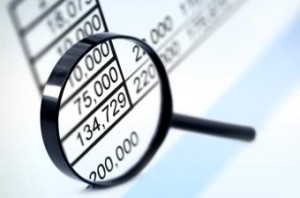 Despite a low inventory, single-family home sales are up 2.6 percent overall this year in Connecticut, with a 2.8 percent increase in February of this year from last year. According to a new report from the Warren Group [1], the publisher of the Commercial Record, this is the tenth month of increases in a row, which eases a lot of fears.

"We see many signs of a healthy real estate market in Connecticut," said Timothy M. Warren Jr., CEO of the Warren Group.  "We are in the third year of recovery from the crash in real estate and financial markets. People are interested in real estate once again."

The median price of a single family home is higher in Connecticut than the national average, coming in at $235,000, yet 2,613 homes have been sold in the first two months of the year alone. Overall, the median is up by 4.4 percent as compared to last year.

The most impressive news comes from condominium sales, which showed a 17.2 percent increase from the same month last year, equaling 354 sales. This also means that the median price for a condo has risen 10.8 percent—roughly $155,000.

This news comes off of the heels from a recent CoreLogic report showing that Hartford, Connecticut, is number five on the list top ten hottest housing markets in the country.