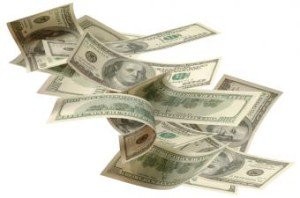 Investment banking firm Goldman Sachs [1] followed up on an announcement made earlier this year on Monday morning, stating that it has agreed to settle federal and state investigation probes concerning the sale of toxic residential mortgage-backed securities (RMBS) in the time leading up to the financial crisis.

Goldman Sachs has agreed to pay a $5.06 billion settlement in regard to its "conduct in the packaging, securitization, marketing, sale, and issuance of residential mortgage-backed securities (RMBS) between 2005 and 2007," according to an announcement from the U.S. Department of Justice.   [2]

Michael DuVally, a spokesman for Goldman Sachs told DS News, "We are pleased to put these legacy matters behind us. Since the financial crisis, we have taken significant steps to strengthen our culture, reinforce our commitment to our clients, and ensure our governance processes are robust."

In January, Goldman Sachs first stated that it has come to an agreement in principle [3]to resolve the investigation of the Residential Mortgage-Backed Securities Working Group of the U.S. Financial Fraud Enforcement Task Force (RMBS Working Group).

According to the DOJ, the agreement will resolve real claims and any allegations by the U.S. Department of Justice, the New York and Illinois Attorneys General, the National Credit Union Administration (NCUA), and the Federal Home Loan Banks of Chicago and Seattle, relating to the firm’s securitization, underwriting and sale of residential mortgage-backed securities from 2005 to 2007.

"We are pleased to put these legacy matters behind us. Since the financial crisis, we have taken significant steps to strengthen our culture, reinforce our commitment to our clients, and ensure our governance processes are robust," DuVally said.

According to the Justice Department, Goldman Sachs is required to pay $2.385 billion in a civil penalty under the Financial Institutions Reform, Recovery and Enforcement Act (FIRREA). In addition, the investment firm will provide $1.8 billion toward loan forgiveness and financing for affordable housing, which includes relief to underwater homeowners, distressed borrowers, and affected communities. Goldman will also pay $875 million to resolve claims by other federal entities and state claims, in which $575 million will go to the National Credit Union Administration (NCUA).

“This resolution holds Goldman Sachs accountable for its serious misconduct in falsely assuring investors that securities it sold were backed by sound mortgages, when it knew that they were full of mortgages that were likely to fail,” said Acting Associate Attorney General Stuart F. Delery. “This $5 billion settlement includes a $1.8 billion commitment to help repair the damage to homeowners and communities that Goldman acknowledges resulted from its conduct, and it makes clear that no institution may inflict this type of harm on investors and the American public without serious consequences.”

Principal Deputy Assistant Attorney General Benjamin C. Mizer, Head of the Justice Department’s Civil Division added, “Today’s settlement is another example of the department’s resolve to hold accountable those whose illegal conduct resulted in the financial crisis of 2008. Viewed in conjunction with the previous multibillion-dollar recoveries that the department has obtained for similar conduct, this settlement demonstrates the pervasiveness of the banking industry’s fraudulent practices in selling RMBS, and the power of the Financial Institutions Reform, Recovery and Enforcement Act as a tool for combatting this type of wrongdoing.”

Several large financial institutions have settled with the U.S. Justice Department and state regulatory agencies to resolve claims of mortgage-backed securities fraud: Citigroup for $7 billion in July 2014, JPMorgan Chase for a then-record $13 billion in November 2013, and Bank of America for a record $16.65 billion in August 2014. Goldman's settlement will mark the fourth-largest RMBS settlement to date.

“We are pleased to put these legacy matters behind us. Since the financial crisis, we have taken significant steps to strengthen our culture, reinforce our commitment to our clients, and ensure our governance processes are robust.” Michael DuVally, spokesman for Goldman Sachs

National Association of Federal Credit Unions [4] (NAFCU) EVP of Government Affairs and General Counsel, Carrie Hunt, said in response to news that the NCUA will receive $575 million from the January Goldman Sachs Group settlement, bringing NCUA legal recoveries to a total of more than $3 billion.

“NAFCU and our members appreciate NCUA’s persistence in seeking recoveries relative to faulty mortgage-backed securities sold to corporate credit unions,” Hunt stated.  “We continue to urge the agency to remain steadfast in its legal recovery efforts and to be completely transparent as to how the monies recovered will be returned to credit unions."

In addition to the settlement, Goldman also agreed to be held accountable for the statement of facts, which describes how the firm made "false and misleading representations to prospective investors about the characteristics of the loans it securitized and the ways in which Goldman would protect investors in its RMBS from harm," the Justice Department stated.

Here are the top three statements:

Click here [2]to read the full announcement and all of Goldman's statements of facts.