Home / Daily Dose / Survey: Three-in-Five Plan to Move in the Next Year

Survey: Three-in-Five Plan to Move in the Next Year 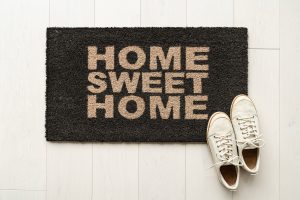 The housing market is currently in a tizzy—prices hit new records seemingly every day, while inventory sits near record lows. Even with the market in its current state, people still need places to live, and overwhelmingly, they found them.

Knowing this, Mortgage Cadance, a provider of loan origination system solutions, surveyed 1,105 Americans to get their feedback on homeownership and what this year will bring in terms of a homeowner's outlook. With an average age of 37, respondents were aged between 18-79, while 48% were female and 49% were male.

The ever-present pandemic also affected potential buyer's choices. 41% of respondents said the pandemic has made them reconsider where they live or where they want to live, and over one-quarter (27%) have already moved at least once since the start of the pandemic.

The reasons respondents gave for moving during the pandemic were as varied as the people that made up the survey. The top reasons to move were: new job (27%), cheaper cost of living (21%), closer to relatives (20%), flexibility offered to them via remote work (18%), moved from the city to a suburban/rural area (15%) and loss of job/income (9%). 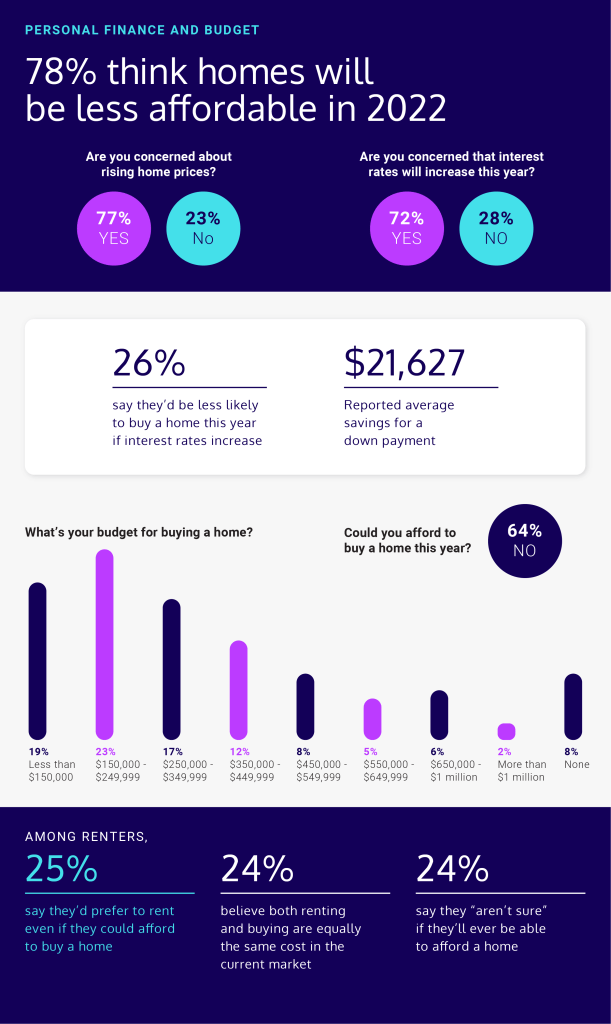 But just because people were planning to move, does not mean they did not have latent concerns. 78% of all respondents believe that home prices will be increasing unaffordable in 2022. 77% predicted an increase in home prices, while 72% were concerned about rising interest rates.

64% of respondents reported that in the current market, they would not be able to afford a home, but at the same time, the average down payment a buyer has saved for a home $21,627.

Looking at renters, 25% said they had no plans to own a home, preferring to rent over buying. 24% of renters believe that the cost to rent and buy are essentially the same, and 24% do not believe that they will ever be able to afford a home. 4-in-10 reported that the thought of owning a home overwhelmed them.

And finally, 42% of respondents said they would buy a fixer-upper, but 19% of that number said they would be worried about the effect potential supply chain issues would have on the project.

To view a complete summary of the data, click here.