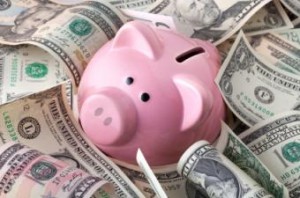 In recent months, Agency sales of deeply delinquent mortgage loans to private investors have generated considerable objections from both lawmakers and housing advocacy groups, even to the point of a nationwide protest on February 4.

Now a group of housing advocates and progressive groups have launched a coalition to change Agency distressed loan sales practices and require them to sell more delinquent loans to non-profits. The advocates tagged HUD’s Distressed Asset Stabilization Program (DASP) a “Wall Street Giveaway” because the majority of distressed loans sold through the program are bought by Wall Street investors whom the advocates believe are interested only in benefiting financially from the foreclosure crisis rather than in rebuilding communities and stabilizing neighborhoods.

“HUD is supposed to help homeowners stay in their home (sic) through its ‘Distressed Asset Stabilization Program,’” the coalition said on its website. “But instead it has been a giveaway for Wall Street: In 2015, 98 percent of homes sold through HUD’s DASP program went straight to Wall Street (15,309 out of 15,624). These homes are often sold at steep discounts, averaging 45 percent off for some of the biggest banks on Wall Street.”

The coalition’s efforts include a petition directed to HUD Secretary Julián Castro urging him to stop HUD from selling loans through DASP until the program is reformed.

“We call on you to immediately cease sales through the Distressed Asset Stabilization Program until the program is fundamentally reformed so that loans are sold to nonprofit and mission-driven organizations and qualified buyers meeting high standards, not just reckless Wall Street banks,” the petition stated.

“We call on you to immediately cease sales through the Distressed Asset Stabilization Program until the program is fundamentally reformed so that loans are sold to nonprofit and mission-driven organizations and qualified buyers meeting high standards, not just reckless Wall Street banks.”

While the majority of delinquent loans sold through Agency programs (many of the loans are three to five years delinquent on average) are bought by private investors and equity firms, both HUD and FHFA have recently made changes to their programs aimed at improving borrower outcomes.

In response to the coalition's criticisms of DASP, a HUD spokesperson told DS News, “Providing an option for homeowners to remain in their homes is one of the reasons the DASP program was created. We’ve received feedback from stakeholders which has led us to make a number of important changes to the program including the creation of non-profit only pools and delaying foreclosure for a year. Additionally, we’re still evaluating further enhancements to the program to meet our core mission.”

Since HUD began selling delinquent loans through DASP in June 2012, nearly half of the approximately 25,000 loans sold have successfully avoided foreclosure, according to HUD. Also, more than 25,000 additional loans remain in delinquent servicing, meaning many of them are likely in some stage of loss mitigation.

In December 2014, Castro met personally with a coalition led by Americans for Financial Reform specifically to discuss DASP. The coalition was comprised of fair housing, civil rights, and consumer advocates. The meeting helped inform the changes HUD made to DASP in April 2015, according to HUD. Those changes included the aforementioned pools of loans set aside exclusively for non-profits and expanding the foreclosure delay time from six months to a year.

FHFA's most notable changes occurred in March 2015 when the Agency announced enhanced requirements for the sales of non-performing loans by Fannie Mae and Freddie Mac. The enhancements include requiring bidders to complete a questionnaire demonstrating a successful record of loan resolution through foreclosure alternatives and requiring servicers to apply a “waterfall of resolution tactics” before resorting to foreclosure.

Also, Fannie Mae and Freddie Mac are offering smaller pools of geographically-concentrated loans for sale that specifically target participation from non-profits and minority- and women-owned businesses.

In September, in a meeting with U.S. Sen. Elizabeth Warren (D-Massachusetts) and Rep. Michael Capuano (D-Massachusetts), FHA Principal Deputy Assistant Secretary Ed Golding defended DASP, saying that “FHA recently made significant changes to this program, including expanding our outreach to participating nonprofit organizations and requiring a 12-month delay in finalizing any foreclosure action to allow struggling families a greater opportunity to remain in their homes or find another sustainable housing solution.”

For those calling for changes, however, the recent modifications to the rules have not been enough. Democratic lawmakers have petitioned both HUD and FHFA, urging the regulators to change their distressed sales loan programs. The most recent one came in the form of a letter to Castro from U.S. Rep. Raúl Grijalva (D-Arizona) this week.

Republican lawmakers, on the other hand, are calling for HUD and FHFA to leave the distressed loan sales programs as is. In late March, Rep. Jeb Hensarling (R-Texas), Chairman of the House Financial Services Committee, and Sen. Richard Shelby (R-Alabama), Chairman of the Senate Banking Committee, wrote a letter to Castro and FHFA Director Mel Watt saying that proposed changes to the programs should be “swiftly and categorically rejected” because such changes would “negatively impact the purpose of those programs and taxpayers alike.”