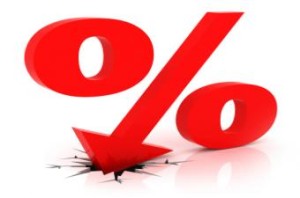 With an estimated 2.3 million Americans currently in forbearance plans, the latest Forbearance and Call Volume Survey from the Mortgage Bankers Association (MBA) has found that servicers' portfolio volume has dropped this week to 4.66%, down from 4.90% last week.

"The share of loans in forbearance decreased for the sixth straight week, dropping by 24 basis points—one of the largest decreases in the history of the series,” said Mike Fratantoni, MBA's Senior Vice President and Chief Economist.

By investor type, the share of Fannie Mae and Freddie Mac loans in forbearance decreased from 2.72% to 2.52%, a 20-basis-point improvement over last week.

“The forbearance share also decreased significantly for all three investor categories, with the rate for Ginnie Mae loans down an impressive 45 basis points,” said Fratantoni. “Overall, forbearance exits increased to their fastest pace since early November. Almost 32 percent of borrowers in forbearance extensions have now exceeded the 12-month mark. In terms of performance, more than 88% of homeowners who have exited into deferral plans, modifications, or repayment plans were current on their loans at the end of March, compared to 92% of all homeowners."

By stage, 13.2% of total loans in forbearance were in the initial forbearance plan stage this week, while 82% were in a forbearance extension. The remaining 4.8% are forbearance re-entries.

Servicer call centers saw volume rise over the previous week, from 8.1% to 8.5%, with the average speed to answer calls increasing from 1.7 minutes to 1.8 minutes, and the average call length time increasing slightly from 7.9 minutes to 8.0 minutes.