Banks Fail to Prove They Are Not ‘Too Big to Fail’ 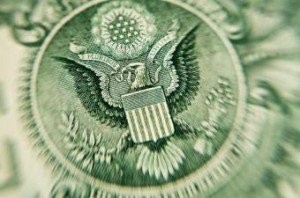 The Federal Reserve and the FDIC have jointly determined that the 2015 resolution plans, or “living wills,” of five domestic systemically important financial firms are “not credible,” according to announcements from both agencies on Wednesday.

Eight domestic systemically important banking institutions are required by Congress to submit living wills, which are plans as to how they would enter bankruptcy without causing widespread damage to the financial industry in the United States, i.e. the banks are required to prove to the government they are not “too big to fail.” The rejection of the living wills of Bank of America, Bank of New York Mellon, JPMorgan Chase, State Street, and Wells Fargo by both the Fed and FDIC is likely to add more fuel to the fierce debate in Congress over whether or not Dodd-Frank is codifying too big to fail. While Dodd-Frank supporters claim that the controversial financial reform legislation ended too big to fail, at the same time, the eight firms have been designated as systemically important—meaning that their failure could trigger a financial crisis—by a council created by Dodd-Frank.

“We believe that it is in everyone’s best interest to end the debate on too big to fail—and that adequate levels of capital, liquidity, TLAC, stress testing, ISDA protocols—together with credible recovery and resolution plans—are all critical components and we are committed to their success,” JPMorgan Chase CFO Marianne Lake said.

Further fanning the flames in the debate over the effectiveness of Dodd-Frank was a report issued by the Government Accountability Office (GAO) earlier this week stating that a lack of transparency on the part of the Fed and FDIC in determining whether the living wills are credible “could undermine public and market confidence.”

“The secrecy and lack of accountability can lead to abuse by Washington regulators and is a tool for them to potentially exercise de facto management authority over major financial institutions,” said Rep. Jeb Hensarling (R-Texas), Chairman of the House Financial Services Committee. “Once again we’re seeing the uncertainty created by Dodd-Frank and its regulatory burden that impedes economic growth and makes it more difficult for working Americans to achieve financial independence.”

According to the release from the Fed, “Section 165(d) of the Dodd-Frank Act requires bank holding companies with total consolidated assets of $50 billion or more and nonbank financial companies designated by the Financial Stability Oversight Council (FSOC) for supervision by the Federal Reserve periodically submit resolution plans to the Federal Reserve and the Federal Deposit Insurance Corporation. Each plan, commonly known as a living will, must describe the company's strategy for rapid and orderly resolution under bankruptcy in the event of material financial distress or failure of the company.”

The Fed and FDIC determined that the living wills of Bank of America, BNY Mellon, JPMorgan Chase, State Street, and Wells Fargo were “not credible or would not facilitate an orderly resolution under the U.S. Bankruptcy Code, the statutory standard established in the Dodd-Frank Wall Street Reform and Consumer Protection Act.”

“We believe that it is in everyone’s best interest to end the debate on too big to fail. . .”

Those five firms were provided with notices issued jointly by the Fed and FDIC detailing the deficiencies in their plans. The firms have until October 16 to remediate the deficiencies; otherwise, they will likely be subject to more stringent oversight and regulation.

As for the three other systemically important firms that submitted living wills, the Fed and FDIC identified weaknesses in the plans of Goldman Sachs and Morgan Stanley but did not make any joint determinations about the plans and their deficiencies. The FDIC determined Goldman Sachs’ plan was “not credible or would not facilitate an orderly resolution under the U.S. Bankruptcy Code, and identified deficiencies.” The Fed made the same determination about Morgan Stanley’s plan.

Citigroup was the only firm out of the eight whose living will plan was not determined by either agency to be not credible. Neither agency found that Citigroup’s plan would not facilitate an orderly resolution under the Bankruptcy Code. The agencies did, however, identify shortcomings in Citigroup’s plan that the firm must address, according to the Fed.

The deadline for the eight financial firms to make their next full living will plan submission is July 1, 2017.

“Obviously we were disappointed with the conclusion reached by the joint agencies on our resolution plan,” Lake said. “We have taken this planning process very seriously—and we believe we have made substantial progress. Having said that—the most important thing is that we work with our regulators to understand their feedback in more detail. And we are fully committed to meeting their expectations.”

According to a Bank of America spokesman, “As the regulators indicated today, we have made progress over the past several years by taking important steps to enhance our resolvability and facilitate an orderly resolution in bankruptcy, but we have more work to do. We will expeditiously address the shortcomings and deficiencies identified, and develop a credible plan that allows for an orderly resolution without taxpayer support. Today’s announcement does not affect our ability to serve our customers and clients and return capital to our shareholders.”

A Wells Fargo spokesperson said of the results, “We were disappointed to learn that our 2015 resolution plan submission was determined to have deficiencies in certain areas. The Federal Reserve Board and the FDIC acknowledged the continued steps Wells Fargo has taken in enhancing its resolution plan and we view the feedback as constructive and valuable to our resolution planning process. We understand the importance of these findings and we will address them as we update our plan by the October 1, 2016 deadline identified by the agencies. We remain dedicated to sound resolution planning and preparedness.”

The House Financial Services Committee took a step toward ending too big to fail on Wednesday by passing a bill to repeal Dodd-Frank's bailout fund for large, complex financial institutions.

“When it comes to the resolution of these large, complex financial institutions, should we have bailouts or should we have bankruptcy?” Hensarling said.  “I think most people, particularly on the Republican side of the aisle, believe there should be bankruptcy.  No sweetheart deals, no more AIG deals where foreign creditors get 100 cents on the dollar; the bankruptcy process is far superior.  There is no one financial institution that should be deemed ‘too big to fail’ and others ‘too small to matter.’”

Previous: Profits Down for JPMorgan Chase
Next: ALAW Expands Into North Carolina