According to CoreLogic, for the month of January, 5.6% of all mortgages in the U.S. were in some stage of delinquency (defined as 30 days or more past due, including those in foreclosure), a 2.1-percentage point increase year-over-year. Nationally, the overall delinquency has been declining month-to-month since August 2020.

“While delinquency rates are higher than we would like to see, they continue to decline,” said Frank Martell, President and CEO of CoreLogic. “At the same time, foreclosure rates remain at historic lows. This is a good sign, and considering the improving picture regarding the pandemic and climbing employment rates, we are looking at the potential for a strong year of recovery." 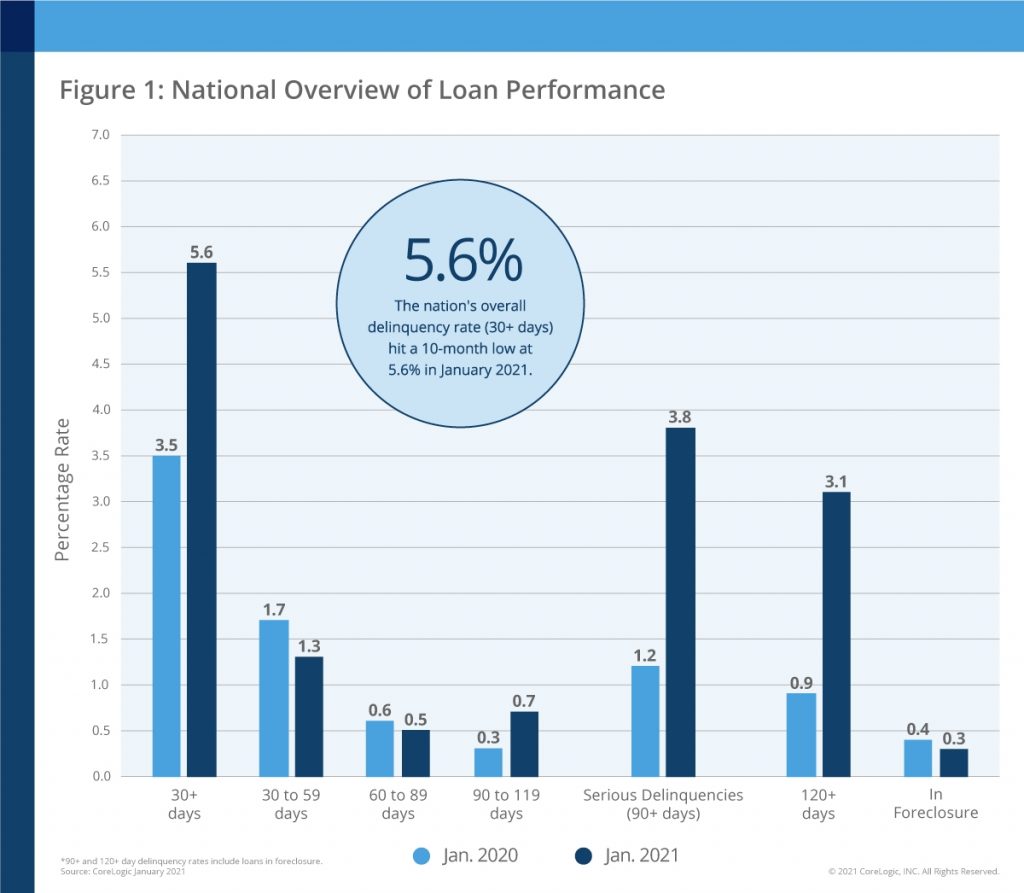 “The transition rate from current to delinquent this January was the lowest in 12 months, which is another hopeful sign that family finances are beginning to improve,” said Dr. Frank Nothaft, chief economist at CoreLogic. “Further, the transition from 30- to 60-day delinquency was the lowest since last March and is likely to decline further with strong job growth. The consensus view among economists is that the 2021 economy will expand at the fastest rate since 1984.”

Previous: How Alternative Data Could Improve Access to Mortgage Credit
Next: Affordable Housing-Related Reforms Worth Considering