Homeowners Paid a Collective $328B in Property Taxes in 2021 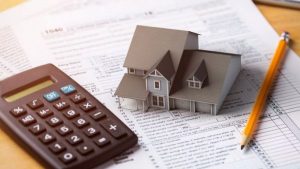 Property taxes are a given for most people in the country, and as with everything else, increases happen every year. To quote Benjamin Franklin, “nothing is certain except death and taxes.”

According to ATTOM Data’s 2021 Property Tax Analysis, single-family homeowners paid a collective $328 billion in property taxes during the year, up 1.6% from 2020 when owners paid $323 billion.

The 1.6% increase is a welcome number and the smallest rise seen over the last five years; between 2019 and 2020, property taxes increased at a rate of 5.4% in comparison.

The report collected data from 87 million single-family homes though tax assessor data at the local, metro, and state levels, which along with estimated market values was plugged into an automated valuation model to calculate the final numbers. The effective tax rate was the average annual property tax expressed as a percentage of the average estimated market value of homes in each geographic area.

"It's hardly a surprise that property taxes increased in 2021, a year when home prices across the country rose by 16%," said Rick Sharga, EVP of Market Intelligence at ATTOM. "In fact, the real surprise is that the tax increases weren't higher, which suggests that tax assessments are lagging behind rising property values, and will likely continue to go up in 2022."

In 2021, total taxes rose because home values went up faster than taxes around the country even though the effective tax rates declined. This follows a 10% spike in median home values as a glut of home buyers kept chasing a tight supply of homes, pushing the nation's decade-long market boom onward. The buyer surge continued as home-mortgage rates hovered around 3% and many households continued to trade urban areas more susceptible to the now two-year-old Coronavirus pandemic, for the relative safety and larger spaces offered by houses and condominiums.

While the national tax rate increased by 1.8%, 74% of the 220 metropolitan areas monitored by the report saw larger increases than that.

For example, among metro areas with a population of at least 1 million that had the largest increases in average property taxes last year, were Nashville, Tennessee (up 27%); Milwaukee, Wisconsin (up 18.6%); Baltimore, Maryland (up 12.3%); Grand Rapids, Michigan (up 12.3%) and Louisville, Kentucky (up 11%).

"Prospective homeowners often fail to include property taxes when considering the cost of homeownership," Sharga concluded. "But, especially in some of the higher-priced markets across the country, property taxes can add thousands of dollars to annual ownership costs, and possibly be the difference between someone being able to afford a home or not. It's critically important for consumers to factor in taxes, insurance and maintenance when determining whether they're ready for the financial responsibility of home ownership."