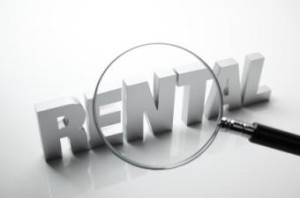 With skyrocketing home prices, insufficient housing inventory, and crippling student debt, many potential homebuyers simply don’t have the means to save up for a downpayment on a home. For many, that leaves rental as the only option, and a pair of recent reports have highlighted the growth and potential investment opportunities in the single-family rental (SFR) market.

First up, CoreLogic has released their Single-Family Rent Index covering data from January 2018. CoreLogic’s SFRI “analyzes single-family rent price changes nationally and among 20 metropolitan areas.” For January, CoreLogic reports a national rent increase of 2.8 percent, compared to an increase of 2.6 percent in January 2017.

Much of this increase is being driven by one of the same factors affecting home prices—a lack of inventory. Year-over-year SFR price increases peaked in February 2016 at 4.1 percent. Rent prices as a whole, however, have been on the rise since 2010.

As of the 2016 census, the Census Bureau counted over 15 million single-family homes for rent in the United States and over 26 million apartments for rent. RENTCafe found that, between 2007 and 2016, single-family rentals increased faster than rental apartments in 22 of the 30 largest U.S. cities.

As reported by Urban Institute, the majority of U.S. single-family rentals are owned by investors. To learn more about opportunities within the SFR market, check out DS News’ recent interview with CoreVest CEO Beth O’Brien by clicking here.

Previous: Connecting Homebuyers to REO Properties
Next: Meeting the Challenges of Inventory Shortage