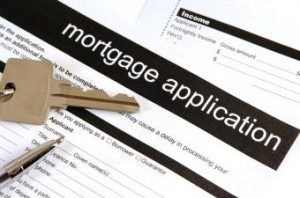 Ocwen may be on its way to acquiring mortgage servicing rights once again, thanks to its recent settlement with the New York Department of Financial Services (NYDFS), according to Fitch Ratings. The organization has had a three-year drought in acquiring MSRs due to its pending litigation.

According to the March Consent Order with the NYDFS, Ocwen may be able to ease restrictions on its MSR acquisitions, which have been blocked since 2014.

“The March Consent Order lays out a process for the determination of whether restrictions on acquiring MSRs should be eased,” Fitch Ratings stated in a release. “While the easing of restrictions would be a positive step toward alleviating near-term margin pressures, Ocwen remains susceptible to longer-term risks associated with building a mortgage lending platform positioned for sustainable growth.”

NYDFS will conduct an on-site review of Ocwen to determine whether its MSR acquisition restrictions may be eased. According to Fitch, a number of improvements in Ocwen’s loan boarding process should work in its favor.

Ocwen’s issues with NYDFS goes back to February 2014, when the regulator suspended Ocwen’s servicing rights due to “concerns about Ocwen’s servicing portfolio growth” and issued a series of letters regarding the institution’s regulatory compliance. The two parties settled the suit in December of that year, with Ocwen paying $150 million and agreeing to the dismissal of Founder and Chairman Bill Erbey. Prior to its settlement with NYDFS, Ocwen settled a separate lawsuit with the California Department of Business Oversight in February.

Ocwen is one of the largest non-bank mortgage servicers in the country, with a servicing portfolio of total of $203.3 billion in loans. The organization was given a Stable Outlook by Fitch Ratings.