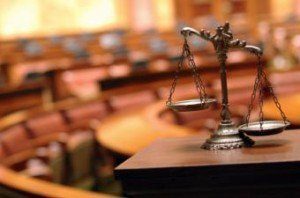 Weltman, Weinberg & Reis responded to the allegations, and states that it has cooperated fully with the CFPB since it initiated its Civil Investigative Demand (CID), and has submitted numerous phone call recordings and documents to defend itself.

“We fundamentally disagree with the CFPB’s allegations and believe that this lawsuit is the result of our firm’s refusal to be strong-armed into a Consent Order,” said WWR Managing Partner Scott Weltman. “We are a law firm that is legally allowed, under federal and state law, to provide collection and legal services. We are being truthful with consumers and factually accurate when we use our name and our company’s letterhead for proper debt collection activity. WWR has taken every reasonable step to ensure that it collects on consumer debts in compliance with those statutes and to ensure that every statement made to consumers is accurate and not misleading. I’d also like to emphasize that the CFPB’s two-and-a-half-year investigation into our firm did not uncover a single instance of consumer harm.”

“Debt collectors who misrepresent that a lawyer was involved in reviewing a consumer’s account are implying a level of authority and professional judgement that is just not true,” said CFPB Director Richard Cordray. “Weltman, Weinberg & Reis masked millions of debt collection letters and phone calls with the professional standards associated with attorneys when attorneys were, in fact, not involved. Such illegal behavior will not be allowed in the debt collection market.”

In a release, Weltman, Weinberg & Reis noted that they have not been involved in any other government action or disciplinary review.

“The result of the CFPB’s investigation of our law firm is based on its interpretation of the law, and not on any actual violation of federal or state laws or regulations as they are written today,” said Weltman. “We will continue to vigorously defend Weltman, Weinberg & Reis’s honest, ethical and compliant collection practices, and we look forward to our day in court.”