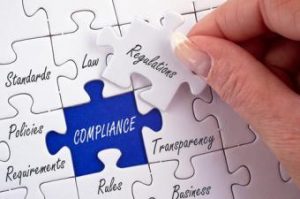 The latest Banking Compliance Index (BCI) quarterly report was released on Tuesday by Continuity, and it showed that Q1 2019 was the third consecutive quarter where more than 50% of enforcement actions were taken against bank officers and directors, rather than financial institutions.

The BCI measures the incremental cost burden on financial institutions to keep up with regulatory changes. BCI data sources include the CFPB, FDIC, the Fed, the National Credit Union Administration, and the Office of the Comptroller of the Currency. The BCI is calculated using an average size institution of $350 million. Key indicators include volume, velocity and complexity of regulatory change; time expended to meet regulatory requirement(s); and supervision and the enforcement climate.

“This quarter’s regulatory activity was in line with what we saw in the two preceding first quarters, so we’re starting to identify what is typical in this pro-business administration,” said Pam Perdue, Continuity’s Chief Regulatory Officer. “Even though regulatory change still consumes considerable human and financial resources, the pace of new regulation has slightly leveled off. Now is the time for institutions to capitalize on this trend and take advantage of this opportunity to approach compliance management intentionally and strategically instead of merely reacting to changes.”

“With several major rules taking effect this spring and summer, including the Prepaid Accounts rule, Private Flood Insurance, and Payday Lending, banks and credit unions should get ready for another hectic season,” said Donna Cameron, Continuity’s Director of Regulatory I/O.

This trend mirrors cyclical patterns in compliance operations but may differ from patterns observed in loan growth or account opening.

The new trend, however, does not reflect the new BCI of .76, which indicates that financial institutions need less than one full-time employee to keep pace with regulatory changes. The latest BCI rate is a 27% decline from the 1.11 rate reported in Q4 of 2018.