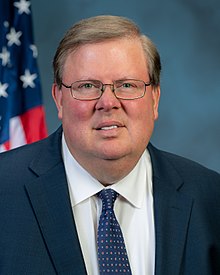 Commissioner Brian D. Montgomery, Assistant Secretary for Housing–Federal Housing Commissioner for the Department of Housing and Urban Development (HUD) sat down with Five Star Global’s President and CEO Ed Delgado for a conversation on HUD’s response to COVID-19, changes to the CWCOT program, and what the department is doing to help homeowners.

“The FHA is open for business,” Montgomery said.

Commissioner Montgomery told Delgado that while the Administration faced challenges early on in regards to the remote-working environment, Montgomery said the FHA is processing loans and getting back to normal operations.

One of the biggest steps taken by the FHA and the Department of Housing and Urban Development (HUD), was the announcement of a foreclosure and eviction moratorium of at least 60 days.

HUD later announced that borrowers with FHA-insured loans, if impacted by COVID-19, can have their mortgage payments deferred or reduced for up to six months, and for servicers to provide an additional six months of forbearance is requested by the homeowners.

“We wanted to make sure we gave homeowners some breathing room. They are going through a lot of the concerns about their employment situation, things of that nature, making their mortgage payments, other financial obligations,” Commissioner Montgomery said. “We wanted to be able to do something big that gave them some breathing room as they face the challenges ahead.”

Commissioner Montgomery also shared keen insights on the changes to the CWCOT program announced by HUD in February.

Changes to the program include:

He added that the share of professionals within the industry using alternative disposition strategies increased to more than 70% from around 25% several years ago, mostly due to the success of the CWCOT program.

“We know to convey a property in FHA can be very expensive … we think increasing the take-up rate as the CWCOT as an alternative results in significant savings for us, as well as the servicer,” Commissioner Montgomery said.

Listen to the full conversation in the embed below.