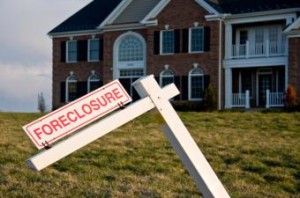 For three straight quarters, California foreclosure starts remain little changed, hovering at a level last seen in early 2006. According to a market study released by DataQuick [1], steady economic growth and higher home values are responsible for the steady pace of new foreclosures.

Lenders and servicers in the first quarter of 2014 recorded roughly 19,000 notices of default on California house and condo owners, up 6 percent from the previous quarter.

Compared to peak numbers of roughly 135,000 in Q1 2009, foreclosure starts have dropped significantly over the intervening years. However, DataQuick posits that the numbers could be misleading.

"It may well be that the foreclosure starts in recent quarters don’t reflect the ebb and flow of financial distress as much as they reflect a steady state of workload capacity on the part of the servicers. They may well be just working their way through a backlog, stacks of paper piled high on desks," said John Karevoll, DataQuick analyst.

This year’s first quarter was the first to see a year-over-year increase in default filings since 2009, but that gain can be attributed to new laws in California, known as the "Homeowner Bill of Rights" which took effect in January and February of last year. The laws caused lenders and services to pause, artificially decreasing notices sent to homeowners and pushing foreclosure start numbers downward.

DataQuick points out that most of the loans in California going into default are still from the 2005-2007 period. The median origination quarter reported by the company for defaulted loans is still the third quarter of 2006, noting that weak underwriting standards peaked in that period of time.

California homeowners were a median 9.8 months behind on their payments when the lender filed the notice of default. Borrowers owed a median $22,538 on a median $301,732 mortgage.