Home / Daily Dose / Credit Score is Holding Back Many Millennials

Credit Score is Holding Back Many Millennials 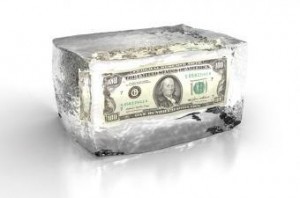 A common belief about millennials is that they continue to either rent or live with their parents because they are not interested in owning a home.

A recent survey conducted by TransUnion, however, indicates that a lack of desire to become a homeowner may not be what is holding back millennials from the housing market. TransUnion found in a survey of 1,843 consumers conducted in March that 32 percent of millennials polled plan to buy a home in the next 12 months—but 43 percent of them have what would be considered a “subprime” credit score (between 300 and 600, according to VantageScore).

“Credit scores are a crucial component of the home-buying process, impacting everything from the size of a mortgage payment to the interest rate on a home loan,” said Ken Chaplin, SVP for TransUnion. “People with subprime credit may face financial barriers to homeownership, making it difficult for their dream home to become a reality.”

With credit scores that low, those who want to buy a home may not be able to qualify for a mortgage. Credit.com reported last September that borrowers whose mortgages closed in September had an average score of 723, and that was actually down from 732 the previous February. In September, some lenders were rejecting borrowers with scores as high as 694.

“People with subprime credit may face financial barriers to homeownership, making it difficult for their dream home to become a reality.”

Homeowners of all ages should prepare well for the homebuying process by taking steps such as checking their credit reports at least three months before the process begins, planning early and keeping an eye on their credit score over time, and researching mortgage and interest rates to find a competitive offer.

"The homebuying process begins well before you start looking for real estate,” said Chaplin. “A credit score, which significantly impacts the home financing process, is built on good spending habits and a pattern of responsible borrowing established over a lifetime.”

Previous: Counsel’s Corner: Here is What Smaller Title Companies are Up Against
Next: DS News Webcast: Tuesday 4/26/2016