Freddie Mac's total mortgage portfolio expanded at an annualized rate of 0.9 percent in March, the sixth time in the past seven months the portfolio has expanded, while the serious delinquency rate on single-family loans fell to its lowest level in six and a half years, according to Freddie Mac's March 2015 Monthly Volume Summary released on Monday.

The portfolio's March expansion represented an increase of about $1.5 billion, up to $1.914 trillion. It was only the 14th time in the last 63 months that the portfolio has expanded dating back to January 2010, at the height of the foreclosure wave.

"This is good news, meaning that fewer and fewer homeowners with mortgages backed by Freddie Mac are 90-days past due on their mortgage payments or in foreclosure," Freddie Mac said on its blog. "This rate is substantially below the rate for the entire U.S. mortgage market, whose seriously delinquent rate was 4.52 percent at the end of 2014."

Freddie Mac reported that the aggregate unpaid principal balance (UPB) of the Enterprise's mortgage-related investments portfolio in March increased month-over-month by about $1.4 billion after dropping by $3.2 billion from January to February. 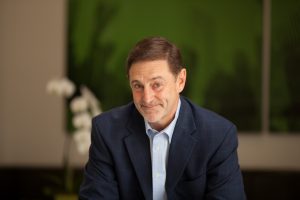