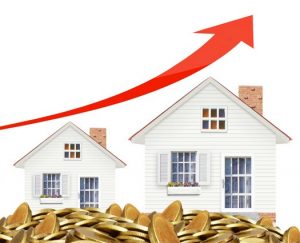 Releasing its first quarter 2022 Home Sales Report, ATTOM Data found that profits on median-priced home sales have dropped for the for the first time since 2019 which may indicate the recent housing boom may be slowing.

So what does this drop translate to? The typical single-family home sale across the country generated a gross first-quarter profit of $103,000, down from $107,187 in the fourth quarter of last year, although still well above $75,001 a year earlier.

"Home prices simply can't continue to go up as rapidly as they have for the past few years," said Rick Sharga, Executive Vice President of Market Intelligence for ATTOM. "The combination of higher prices, rising mortgage rates, and the highest rates of inflation in 40 years may be pricing some prospective buyers out of the market, which means we may begin to see lower sales numbers. Ultimately, as affordability worsens, price appreciation should slow down, and we may even see modest price corrections in some markets."

Home sales also lagged during the first quarter: sales fell from 1.2 million to 1.1 million. ATTOM notes that the lower sales, higher pricing, and profit trends “point to the possibility of a calmer period in a housing market that has largely roared ahead over the past two years.” Profit margins decline quarterly in over 40% of metro areas around the U.S.
The typical profit margins, or the percent change between median purchase price and the resale price, fell quarter-to-quarter in 71 of the 170 metro areas monitored by ATTOM, or 42%. This trend emerged even as investment returns remained up annually in 152 (89%) of those metros. Metro areas were included in the report if they had at least 1,000 single-family home sales in the first quarter of 2022 and a population of at least 200,000. However, profit margins increased quarterly in 99 of the 170 metro areas analyzed (58%).

Prices up quarterly in just half the nation
In 89 of the 170 metropolitan areas included in the report (52%), median home prices exceeded values form the prior quarter even though they remained up annually in 165 of those markets. Nationally, the median price of $320,500 in the first quarter was up from $315,000 in the fourth quarter of 2021 and $275,000 in the first quarter of last year.

To view the entire report, including methodology, click here.