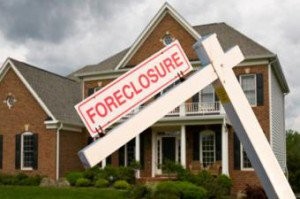 While the nation’s foreclosure inventory and volume of 90-plus day delinquent mortgage loans have been on the steady decline nationwide as a whole, those levels remain elevated in some areas.

Namely in three states—Florida, New York, and New Jersey, which hold approximately one quarter of the nation’s homes currently in foreclosure and mortgages that are three months or more past due, collectively known as non-current inventory, according to Black Knight Financial Services’ March 2016 Mortgage Monitor [1] released on Monday.

Florida leads the nation with slightly more than 145,000 in the two categories combined; New York is second with 133,000, and New Jersey is third with 107,000. But despite the high number of loans in foreclosure or three months delinquent in Florida, Black Knight estimates that at the current rate of reduction in the Sunshine State (36 percent), non-current inventory in Florida will normalize close to the same time as the national average—which Black Knight estimates to be mid-2018.

New York and New Jersey, with lower reduction rates of 21 percent and 22 percent, respectively, are estimated to take much longer to normalize in the areas of foreclosure inventory and severely delinquent loans. Black Knight estimates that New York and New Jersey will take five and six years from now, respectively, at their current rates of reduction to achieve their normal pre-crisis levels of serious delinquency.

“Despite the concentration of inventory in the two states, New York and New Jersey are not the slowest to recover when we look across the country,” Black Knight stated in the report. “They are actually number seven and nine nationally, respectively.”

Black Knight estimates that Wyoming, Maine, and Rhode Island, at their respective rates of reduction, would all take more than seven years to reach their 2000 to 2005 average severely delinquent levels.