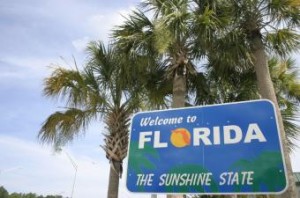 The Wells Fargo Economics Group [1] released a recent report outlining consumer confidence in the Sunshine State. The data from April suggests consumer sentiment slipped in Florida one point to 79 for the month, largely due to increased concerns about current economic conditions.

The concern, both locally and nationally, outweighed a slight increase in confidence about future conditions for the economy as a whole.

The Florida index largely reflected the nation's attitude, with the overall index dropping slightly to 82.3. While consumer confidence declined, things could have been worse according to the group. April’s end of the month index for Florida did improve from a mid-month reading, which had put the drop at two points.

Despite the monthly decline, the overall rebound in consumer confidence from a "cyclical decline has corresponded with a rebound in home prices and the stock market," the group found.

"The recent moderation in consumer confidence may signal a lessening of these influences," the group said.

Home prices have eased slightly, coming in at a positive 12.3 percent year-over-year change. The Floridian unemployment rate climbed one tenth of a percentage point in March, resting at 6.3 percent.

Florida’s unemployment rate reflects a national rate of 6.3 percent [2]. However, the national rate is heading the other way, falling downward nearly half a percentage point as winter weather, sequestration, and a significant buildup of inventory have passed to allow for growth.