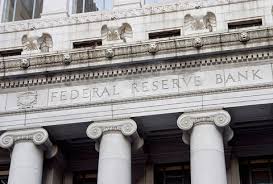 It has been two years, two months, and two days since the Federal Open Market Committee (FOMC) cut rates in an emergency meeting in light of the then-blossoming Covid-19 pandemic. Since then, the FOMC elected to increase the nominal interest rate by 25 basis points to 0.25-0.50% for the first time since the pandemic began in March 2021. Today the committee has increased the interest rate by another 50 basis points to 0.75-1.00%

The half-point rate increase comes as Consumer Price Index data shows inflation reached 4.2% (the highest level it has been since 2008) and the Index grew itself by 0.8% (the biggest monthly increase since 2009).

This is the first time the interest rate has been raised by 50 points in over 20 years; the last increase this large happened at the committee's quarterly meeting on May 16, 2000. No current FOMC committee members have seen a rise of this size since they were appointed.

“Although overall economic activity edged down in the first quarter, household spending and business fixed investment remained strong,” the Committee said in a prepared statement released at the conclusion of the meeting. “Job gains have been robust in recent months, and the unemployment rate has declined substantially. Inflation remains elevated, reflecting supply and demand imbalances related to the pandemic, higher energy prices, and broader price pressures.”

“The invasion of Ukraine by Russia is causing tremendous human and economic hardship. The implications for the U.S. economy are highly uncertain,” the statement continued. “The invasion and related events are creating additional upward pressure on inflation and are likely to weigh on economic activity. In addition, COVID-related lockdowns in China are likely to exacerbate supply chain disruptions. The Committee is highly attentive to inflation risks.”

The Committee made these moves to ensure that employment is maximized while aiming for 2% inflation and outright stated that “ongoing increases” are to be expected at future meetings.

In addition, the Committee decided the Fed will begin to reduce its holdings of Treasury securities and agency debt and agency mortgage-backed securities starting on June 1 in order to reduce their balance sheet.

“In assessing the appropriate stance of monetary policy, the Committee will continue to monitor the implications of incoming information for the economic outlook,” the statement concluded. “The Committee would be prepared to adjust the stance of monetary policy as appropriate if risks emerge that could impede the attainment of the Committee’s goals. The Committee's assessments will take into account a wide range of information, including readings on public health, labor market conditions, inflation pressures and inflation expectations, and financial and international developments.”

The move was widely predicted by economists and pundits alike, including Danielle Hale, Realtor.com’s Chief Economist, who also expects to see more hikes the rest of the year.

"With inflation running at the highest pace in 40+ years, putting it at a lifetime high for most Millennials and younger generations, the Fed voted to raise the Fed Funds rate by 50 basis points. This hike was widely expected following the Fed’s March meeting and intermeeting discussions. This vote alone is unlikely to spark a new surge in mortgage rates,” Hale said in a prepared statement. “Rather, the broader statement language, including the billions in mortgage-backed securities that the Fed is expected to begin to sell each month, and Chair Powell’s discussion in the press conference following the meeting are the influencers that matter.”

“Mortgage rates have already anticipated a fair amount of Fed tightening, but the market continues to ratchet up expectations for big Fed hikes throughout the rest of the year, already expecting a 75 basis point hike at June’s meeting,” Hale continued. “Current market expectations exceed the Fed’s anticipation in its March economic projections, but inflation has continued to surprise, which could mean that the Fed’s views have changed by now, too.”

“What matters at this stage in the cycle is not only the Fed’s actions, but their actions as compared to expectations. This means there's both upside and downside risk for mortgage rates. If the Fed continues to focus on inflation, and the rate increases and balance sheet reduction it believes are needed to tame price growth, that will reinforce the current market view, and keep mortgage rates climbing.”’

“Mortgage rates are an incredibly important channel through which Fed policy affects the real economy. In other words, the Fed's decisions impact household budgets, balance sheets, and spending decisions via their impact on interest rates like mortgage rates. With mortgage rates climbing, up 2 percentage points in the previous 4 months, the financial conditions facing home shoppers have shifted in a big way.”

“The cost of financing 80% of the typical home listed for sale has increased by nearly 50% in the last year, a surge which has caused many shoppers to rethink budgets and likely knocked some households out of the home purchase market for now,” Hale concluded. “At the same time, home prices have continued to grow as high rents and a large number of young households looking for the certainty and relatively fixed costs of home ownership feel a strong sense of urgency to find a home and lock in a rate before mortgage rates and home prices climb again. Combine these adjustments to shifting financial conditions with the still-large share of households at key home buying ages with homeownership rates still slightly below long-term norms and the decades-long underbuilding in the housing market that has left the market undersupplied, and it is a recipe for home prices to remain high.”

The First American Deputy Chief Economist Odeta Kushi also commented on the rate hike and the plan to sell-off of securities.

“We have been expecting the Federal Reserve to increase the rates, so this is no surprise. However, it will be interesting to watch cap rates, which have continued to compress through COVID-19, despite rising interest rates. Cap rates and interest rates can be correlated—with around 60-70% correlation—so the industry is likely to see cap rate expansion."

"Underwriting for the expansion of cap rates on exit will be crucial. There will be a heightened importance in making sure there are plenty of cash reserves to support the property, and to ensure you are trending for future interest rate increases. It will be paramount for underwriting to be conservative to protect investment dollars in the asset."

"With that said, I expect 2022 to be very aggressive, as capital sidelined from 2020 will be used to seek income-producing assets. I expect more capital in the market, which will drive competition, despite rising interest rates," Jetti concluded.