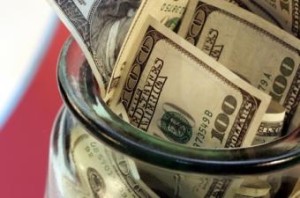 Personal consumption increased as well, with healthcare purchases stemming from the implementation of the Affordable Care Act (ACA) driving purchases upward in March and the first quarter, exceeding predictions.

The group commented that their findings largely confirm findings from the recently released report on GDP [2], which came in at 3.0 percent on an annualized basis during the first quarter of the year. GDP also beat market expectations, which were set at a growth estimate of 2.0 percent.

The group noted a cautious sign, however. Higher consumption came at the cost of savings, which decreased over the first quarter. Personal savings was only $487.7 billion in March versus $529.4 billion annualized rate in February.