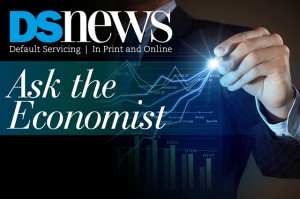 Lawrence Yun is the Chief Economist and SVP of Research with the National Association of Realtors (NAR) [1]. He oversees and is responsible for a wide range of research activity for the association including NAR’s Existing-Home Sales statistics, Affordability Index, and Home Buyers and Sellers Profile Report. He regularly provides commentary on real estate market trends for its 1 million realtor members. Yun creates NAR’s forecasts and participates in many economic forecasting panels, among them the Blue Chip Council and the Harvard University Industrial Economist Council. He appears regularly on financial news outlets, is a frequent speaker at real estate conferences throughout the United States, and has testified before Congress. Yun appears often as a guest on CSPAN’s Washington Journal and is a regular guest columnist on the Forbes website. Yun recently spoke with DS News about the challenges facing the housing market for the remainder of 2016.

You and many other economists have talked a great deal in recent months about a continuing lack of inventory in the housing market. What needs to happen in order to fix this problem?

By my calculation, we are short by about three million homes in relation to the population's household formation that has occurred over the years, so we need to have three million additional new housing units. This is not only about ownership housing, but it's also about rental housing, because rents are also outpacing people's wages and income. The way to alleviate inventory shortages or housing shortages in general—the only way to assure that we have more manageable housing costs—is to produce more. We have to have three million additional new units constructed. I don't foresee that happening anytime soon, but at least directionally, hopefully homebuilders will begin to ramp up production. The bottom line is, we need more construction of homes.

Four months into 2016, many economists' forecasts for housing for the remainder of the year are not as positive as they were before the year started. Has your forecast changed at all?

In 2015, I would say the housing market had a reasonably good year with a 6 percent increase in existing-home sales, a 15 percent increase in new home sales, and also for homeowners, a price gain of 7 percent. These are very positive, but in 2016, we do not anticipate similar gains. I have existing-home sales rising only by 2 percent; new home sales, maybe 10 to 12 percent; and home values rising by 4 percent. So it is continuing improvement, but the pace of strength is not as strong in terms of percentage gains in 2016 compared to last year.

Last year, with improvements, one can say it was a decent, good year for real estate practitioners in the mortgage business. In 2016, given that there is a slight increase, one may say, "Last year was good, and this year will be a slight increase from last year, so maybe that's not so bad." Nonetheless, I think there is much more room to grow, but we will be growing much more lightly compared to 2015.

Distressed sales are a part of NAR's existing-home sales report each month. Are distressed sales playing a more diminished role in the housing market as the volume has declined?

It has been steadily declining, and by the end of this year, it will have significantly diminished to possibly even low single digits, meaning that maybe only about 5 percent of total transactions may be classified as distressed—either foreclosures or short sales. This is just due to the fact that home values are rising, and people who have taken out mortgages in the past five years are well-performing with very low default rates. So automatically there are far fewer distressed homeowners, and that translates into fewer distressed home sales.

Are the mortgages from the last five years performing better because of tighter underwriting standards, or are there other factors?
The reason why the mortgage delinquency rates have fallen is partly due to the tighter underwriting standards, but I think one has to balance that out versus the opportunity for middle class families to buy a home. If we only approve mortgages for Oprah Winfrey and Warren Buffett, certainly we would have no defaults, but that doesn't mean that people have access to homeownership. We have to think about how tight standards are--maybe it is a little too stringent in that regard.

Other factors are jobs are being created—job creation is always a positive. Also, home values are rising, so as homeowners see an increase in their housing equity, they are more determined to make their mortgage payments. They don't want to lose their homes, because they have equity tied to their homes.

Wage growth is something that a lot of analysts have pointed to as critical for growth in housing. What role do you think wage growth will play in the housing market going forward?

It is critical, because right now we have a mismatch with home values rising too fast in relation to people's income. That is unsustainable, unless people's income begins to pick up. We hope that the economy will continue to strengthen and the unemployment rate will continue to fall. When the unemployment rate falls, generally that begins to boost wages. So hopefully by the year end, there is some clear signal that wages are being pushed up, because many middle class families have been falling behind as far as housing affordability. Wages really need to come back alive in order to sustain the housing market recovery.