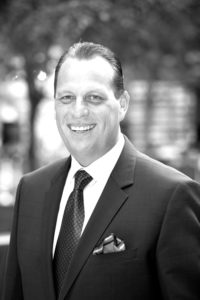 Speaking at an industry event on Wednesday morning, Five Star Global’s President and CEO Ed Delgado raised concerns over how long the recovery from COVID-19 could last, and what its impact could mean for the mortgage industry.

"If we regard the 2008 housing crisis, being caused by a ’tidal wave of default,’ with sudden and devastating impact, we should liken the COVID-19 to a tsunami, accompanied by a steady and slow rise of default with uncertainty around how far the numbers will rise, how much damage will take place, and how long will it take before the ‘water’ recedes,” Delgado said.

As with all sectors of American life, the mortgage industry has been deeply impacted by the spread of the virus. Black Knight reported that as of April 30, more than 3.8 million homeowners are now in forbearance plans, representing 7.3% of all active mortgages. Together, they account for $841 billion in unpaid principal and include 6.1% of all GSE-backed loans and 10.5% of all FHA/VA loans.

One of the biggest issues has been liquidity concerns for servicers brought on by these forbearance plans. Ginnie Mae established its Pass-Through Assistance Program to advance funds to servicers. Its first release of data revealed it advanced $836,682 in April to three servicers.

The event was in partnership with The Five Star Institute, the Mortgage Bankers Association, Forrester, and National Mortgage News.