Bair will be the 28th president overall and first female president of historic Washington  College, which was founded in 1782. Her tenure as president of the college will begin August 1.

"I am incredibly pleased to be joining Washington College, a school the father of our country helped found over two centuries ago. This is a pivotal moment in its rich history," Bair said. "As some see challenges in liberal arts education, Washington College sees nothing but opportunities. Through multi-disciplinary programs and experiential learning, Washington College gives its students the knowledge and practical skills to succeed as model, global citizens."

A renowned financial reform advocate, Bair was appointed by then-President George W. Bush to lead the FDIC in 2006 and stayed in that position for five years through the financial crisis. In her role as FDIC chair, Bair was one of the first officials to warn about the damage the subprime crisis would cause to homeowners and the economy. Her efforts to represent homeowners, bank customers and taxpayers were "relentless," according to the college's announcement. Also among her achievements as FDIC chair were helping to shape and implement the Dodd-Frank Act, giving the FDIC power to wind down a big bank rather than bailing it out, and the creation of the Advisory Committee on Economic Inclusion, which helped bring banks to underserved areas.

"If the financial crisis taught us anything, it is that we need decision-makers in both the public and private sectors who understand the social, ethical, and economic consequences of their actions – who can appreciate the historical and cultural context of the global environment in which we live, and who will be committed to the health and prosperity of not only their generation, but of generations to come," Bair said. "That is the kind of education that Washington College has been providing to generations of students."

She won multiple prestigious awards for her work as FDIC chair, including the John F. Kennedy Profile in Courage Award, the Hubert H. Humphrey Civil Rights Award, and the Better Business Bureau's Presidents' Award. She was named the second most powerful woman in the world twice by Forbes magazine, both times behind German Chancellor Angela Merkel.

Bair's book about her five years with the FDIC, Bull by the Horns: Fighting to Save Main Street from Wall Street and Wall Street from Itself, became a New York Times bestseller. She has also written three books for children on financial literacy. 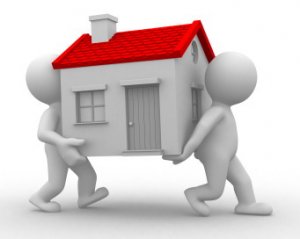