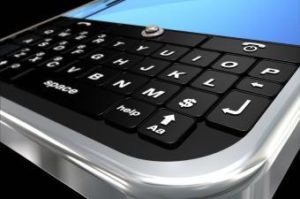 More than a dozen trade associations are seeking clear guidance from the FCC on just what constitutes an autodialer under the Telephone Consumer Protection Act (TCPA).

The groups recently united to send a petition to the FCC following a recent decision by a D.C. appeals court in the case of ACA International v. FCC. The case challenged the FCC’s interpretations of the TCPA, as laid out in a July 2015 Omnibus Declaratory Ruling and Order. At issue were four particular questions pertaining to the interpretation of TCPA rules. As laid out on ACA International’s website, ACA focused their arguments on three areas: “the definition of an ‘automatic telephone dialing system,’ the identity of the ‘called party’ in the reassigned number context, and the means by which consent can be revoked.”

On the topic of what constitutes an autodialer or “automatic telephone dialing system,” the Court sided with ACA, pointing out that the FCC’s previous interpretation could lead to unintended consequences such as ordinary people suddenly finding themselves in violation of the law simply by making use of their smartphone. The opinion reads:

“Imagine, for instance, that a person wishes to send an invitation for a social gathering to a person she recently met for the first time. If she lacks prior express consent to send the invitation, and if she obtains the acquaintance’s cell phone number from a mutual friend, she ostensibly commits a violation of federal law by calling or sending a text message from her smartphone to extend the invitation.”

In the new petition, the groups request a declaratory ruling from the FCC that will “confirm that to be an ATDS, equipment must use a random or sequential number generator to store or produce numbers and dial those numbers without human intervention” and “find that only calls made using actual ATDS capabilities are subject to the TCPA's restrictions.”

The topic of robocalls/autodialers was also the subject of a recent Senate hearing. Scott Delacourt, Partner, Wiley Rein LLP and a representative of the U.S. Chamber of Commerce who testified at the Senate hearing, said: “Unfortunately, the Commission’s implementation of the Telephone Consumer Protection Act over many years has fostered a whirlwind of litigation. Interpretations by courts and the FCC have strayed far from the statute’s text, Congressional intent, and common sense, turning the TCPA into a breeding ground for frivolous lawsuits brought by serial plaintiffs and their lawyers, who have made lucrative businesses out of targeting U.S. companies.”