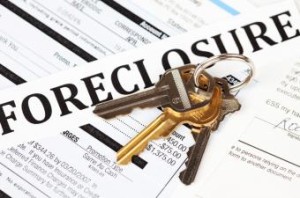 The Federal Housing Finance Agency (FHFA) has reaffirmed its support of authorized servicer reliance on the Housing and Economic Recovery Act (HERA) of 2008 in foreclosures involving homeowner associations (HOAs) and super-priority liens, saying it will “aggressively” fight any HOA that tries to extinguish a Fannie Mae or Freddie Mac lien through foreclosure.

The super-priority lien issue has been a contentious one since it came to prominence following a decision by the Nevada State Supreme Court in September 2014 that allowed HOAs to use super-priority liens to foreclose on homes with delinquent HOA dues—without the permission of the mortgagee.

The FHFA responded in December 2014 with a warning to HOAs that loans with super-priority liens attached would not push mortgages backed by Fannie Mae and Freddie Mac into the secondary position. In June 2015, a federal judge in the U.S. District Court for the District of Nevada ruled that HOAs could not foreclose non-judicially on GSE-owned mortgages using a super-priority lien.

In August 2015, FHFA stated its support of authorized servicers of GSE loans that rely on the HERA to prevent HOAs from foreclosing on loans insured by Fannie Mae and Freddie Mac. The FHFA recently reiterated its position in support of the servicers.

“As noted in the December 22, 2014 and April 21, 2015 statements on certain super-priority liens, the Federal Housing Finance Agency has an obligation to protect Fannie Mae's and Freddie Mac's property rights,” FHFA General Counsel Alfred Pollard said. “FHFA will aggressively do so by bringing or supporting actions to contest common ownership association (commonly known as HOAs) foreclosures that purport to extinguish Enterprise property interests in a manner that contravenes federal law. This statement confirms that FHFA supports the reliance on Title 12 United States Code Section 46170)(3) in litigation by authorized servicers of the Enterprises to preclude-the purported involuntary extinguishment of an Enterprise's property interest by an HOA foreclosure sale.”

Previous: More Distressed Borrowers are Keeping Their Homes
Next: Mortgage Fraud? Not On Your Life, Quicken CEO Says