Home / Daily Dose / The Effect of Compliance Costs on Households

The Effect of Compliance Costs on Households 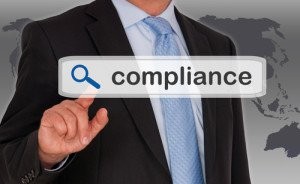 Regulations in the housing market are not only an added responsibility for mortgage companies, but it seems that compliance costs are spilling over into American households.

A recent study titled, "Government Regulation in the Price of a New Home" by Paul Emrath, Ph.D., VP of Survey and Housing Policy Research for the National Association of Home Builders (NAHB), estimates that 14 million households are "priced out" of the market due to regulation.

The report showed that government regulations increase the new home price by an average of 24.3 percent, or and additional $84,561. This number is up significantly from 2011 when regulatory costs were $65,224. This phenomenon prices out households so they no longer qualify for a new home mortgage because of higher prices.

Emrath wrote, "Regulations come in many forms and can be imposed by different levels of government. At the local level, jurisdictions may charge permit, hook-up, and impact fees and establish development and construction standards that either directly increase costs to builders and developers, or cause delays that translate to higher costs. State governments may be involved in this process directly or indirectly. Several states, for example, have adopted state- wide building codes. And although impact fees are imposed by local governments, such fees typically cannot be imposed without enabling legislation at the state level. The federal government can also impact the price of a home—for example, by requiring permits for stormwater discharge on construction sites, which may lead to delays in addition to the hard cost of filing for a permit."

According to the NAHB Priced Out Model, approximately 48.4 million U.S. households can qualify for a new home mortgage in the absence of government regulation. But after regulatory costs are factored in, only 34.4 million households will still be able to qualify for a mortgage. This leaves 14 million locked out the housing market thanks to rising home prices due to regulation.

The report suggest two possibilities may be occurring in the market that is causing regulatory requirements to price out households:

Emrath noted, "builders and developers have probably not yet felt all the impacts of regulations looming on the horizon. A substantial number of regulations have been implemented recently, are in the process of being implemented, or are under active consideration by key policymakers."

He continued, "Based on this it would be reasonable to argue that the rate of increase in regulatory costs embodied in the price of a new home is accelerating."

Previous: What Does the Future Hold for Existing-Home Sales?
Next: Center-Right Coalition Urges GSE Reform