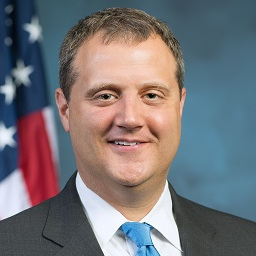 On Tuesday, the Trump administration announced that it was nominating Michael R. Bright as President of the Government National Mortgage Association, otherwise known as Ginnie Mae. If confirmed, Bright would be the agency’s first permanent head since Ted Tozer stepped down in January 2017, wrapping up a seven-year tenure as head of Ginnie.

Bright wouldn’t be new to Ginnie Mae—he has served as Ginnie’s VP and COO since the middle of 2017. In that role, Bright manages Ginnie's portfolio of mortgage-backed securities, which the agency announced this week had increased to $1.950 trillion as of April 2018.

Prior to joining Ginnie, Bright’s career includes stints as Director of the Center for Financial Markets at the Milken Institute, an SVP Business Development at PennyMac, and an asset manager at BlackRock Solutions. Bright also served as a policy advisor to Sen. Bob Corker (R-Tennessee).

In September 2016, Bright and former FHFA Acting Director Ed DeMarco co-authored a paper, entitled “Toward a New Secondary Mortgage Market,” that proposed broad GSE reforms. Bright and DeMarco’s proposal would “end the conservatorships, reconstitute Fannie Mae and Freddie Mac as lender-owned mutuals, and build on the credit risk transfer (CRT) initiative to create a private market for mortgage credit risk while preserving a government-guaranteed rates market for mortgage-backed securities.” In addition, Ginnie Mae would be removed from the Department of Housing and Urban Development (HUD) and converted into a standalone government corporation like FDIC, “with authority over its own budget, hiring, and compensation.”

In November 2017, Bright appeared before the House Financial Services Committee during a hearing entitled “Sustainable Housing Finance: The Role of Ginnie Mae in the Housing Finance System.” During the hearing, Bright offered praise for Ginnie Mae’s strengths, telling the Committee, “At a very high level, the Ginnie Mae wrap works because we do two things effectively. First, we are transparent about our rules and our processes with our investors. And second, we work hard to police our program.”

Looking forward, Bright said Ginnie’s focus over the next few years would be ensuring that issuers have access to the liquidity they need, having a solid idea of the value of the MSRs involved, and having a game plan for what they would do with the MSR in the event of a problem. “It’s not so much value as the quality of your counterparty that matters,” Bright said.

You can watch the full video of the House Financial Services Committee hearing below.