Home / Daily Dose / The Effect of Millennials on Housing Inventory

The Effect of Millennials on Housing Inventory 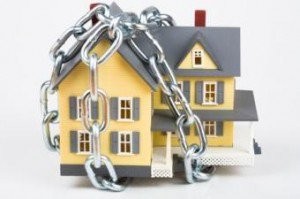 For months, housing industry analysts have talked about the low inventory of homes available for purchase. A recent survey by Redfin indicates that millennials, a demographic group often mentioned as a key to a healthy housing market in the future, may be to blame for the persistent shortage of housing supply.

The Redfin survey, which covered 2,200 homeowners across the country, identified five major differences between millennials and the older generation that may have major implications for the future of housing as more millennials become homeowners.

“For the lucky few millennials who can afford to buy in the current bull housing market, there’s a lot of upside to holding on to their starter homes,” said Redfin chief economist Nela Richardson. “Rising rents, short tenure clocks, bullish price expectations and rock-bottom mortgage rates make housing a good permanent investment for millennial homeowners. This preference by millennials to rent out their home instead of selling it will likely ensure that the chronically low supply of homes for sale remains a persistent feature of the U.S. housing market.”

For one thing, millennial homeowners were found to be more bullish about home prices than their older counterparts. The survey found that 86 percent of respondents under age 35 believe that home prices will rise in the next 12 months. And only 11 percent of respondents under age 35 said they believe prices will stay the same over the next 12 months, compared to 24 percent of homeowners over age 35. 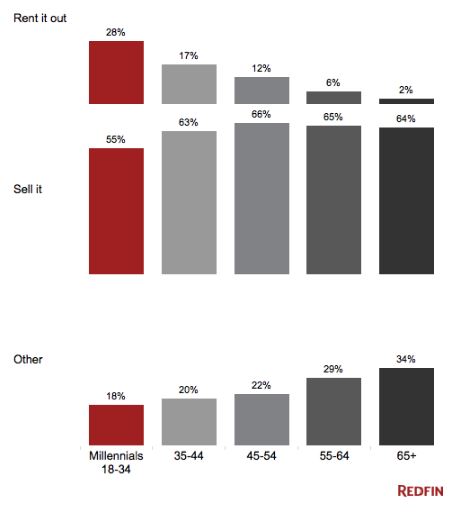 According to the survey, 63 percent of millennial homeowners said they believe they’ll be able to afford living in their city 10 years from now, while just 51 percent of respondents ages 45 to 54 were optimistic about the affordability of their current city in a decade. But that might be a moot point for many millennials, since more than half of them said they plan to leave their city sometime in the next five years. By comparison, only a quarter of baby boomers say they plan to leave their city over the next half decade.

“For millennial homeowners, cheap borrowing and bullish price expectations will lead to a mass generational rethink about when and how to trade up from a starter home,” the report stated.

Previous: Are Stress Tests Still Important? To the OCC, They Are
Next: Servicers, Pay Attention to Supreme Court’s Ruling