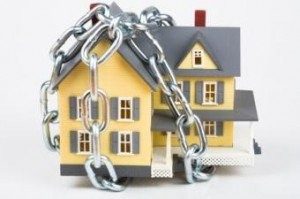 This week, the Mortgage Bankers Association (MBA) reports that the number of U.S. homeowners in forbearance programs dropped to 2.1 million, a share of 4.22% in servicers' portfolio volume, down 14 basis points from last week’s share of 4.36%.

"More homeowners exited forbearance in the first full week of May, leading to a 14-basis-point decrease in the forbearance share—the 11th straight week of declines. The rate of new requests dropped to four basis points, which is the lowest level since last March," said Mike Fratantoni, MBA's Senior Vice President and Chief Economist. "Of those in forbearance extensions, more than half have been in forbearance for more than 12 months."

By stage, 11.9% of total loans in forbearance are in the initial forbearance plan stage, while 83.0% are in a forbearance extension. The remaining 5.1% are forbearance re-entries.

The recent ATTOM Data Solutions and RealtyTrac's U.S. Foreclosure Market Report found that a total of 11,810 U.S. properties had foreclosure filings—default notices, scheduled auctions, or bank repossessions—which was down 1% month-over-month and down 17% year-over-year. The study also found that nationwide one in every 11,636 housing units had a foreclosure filing in April.

"The opening of the economy, as the successful vaccination effort continues, should lead to further reductions in the forbearance share,” said Fratantoni. “However, many homeowners continue to struggle. Borrowers who are reaching the end of their forbearance term should reach out to their servicer to review their options."

Weekly servicer call center volume increased from the previous week from 7.8% to 8.0%, with the average call length time having decreased slightly from 8.1 minutes to 7.9 minutes.