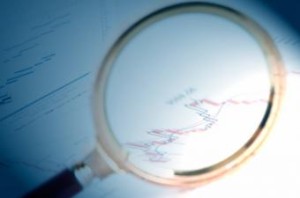 The number of REO properties increased to 430,000 as of March 2014, according to a new blog post by CoreLogic’s Sam Khater. March's figure reflects an increase of 15 percent from the low point of REO inventory in August 2013, when properties totaled 375,000.

REO inventory rose across the nation in 46 states, with Idaho leading from a near doubling of their available inventory as REO. Maryland came in second, which saw a 78 percent increase, followed by Nevada (70 percent), Oregon (47 percent), and North Dakota (42 percent).

He continued, "However, investor demand began to drop off last September partly in response the twin impact of rapid price increases and the rise in mortgage rates."

Furthermore, the "robo-signing" scandal in the fall of 2010 caused services to pushback foreclosure proceedings, increasing the timeline for a foreclosure to work its way through the entirety of the foreclosure process. After going public in September of that year, foreclosures immediately fell by one-third.

The trend continued until 2011 and early 2012, when REO inventory numbers began rising again.

"Not surprisingly, the rise in the number of REO inventory coincided with the National Mortgage Settlement, which was signed in February 2012 and provided more clarity and standards on foreclosure resolutions which led to the rise in REO properties," Khater said.

Khater concludes that while the current level is lower than during the peak of the financial crisis, the increase of REO properties signals a shift to a new phase of the housing market.

Previous: Experts Undecided on Cause of Affordability Concerns
Next: Small Banks Coping with Population Loss