Homeowners and Buyers More in Sync 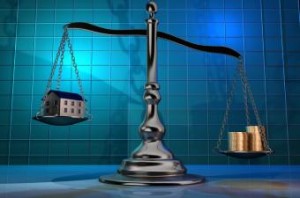 Homebuyers and sellers are moving moving closer together on home prices for the first time in two years according to a study by Trulia, which found that the measure of the price gap between search interest and available listings remained flat from a year ago, but had dropped by 15 percent from 11.1 to 13.1 in the last quarter.

This is the first such drop since prior to the start of 2016. “In other words, more homebuyers are searching at price points where listings are more common,” the Trulia study said.

To evaluate the market mismatch, Trulia calculated the measure of the difference between the price points where searches occurred and price points of listed properties on a scale of 0 to 100 with zero being perfectly matched and 100 being completely mismatched.

According to the study, nationally, the mismatch gap shrunk to 11.1 from 13.1 last quarter as the share of searches for starter homes also declined to 28.7 percent from 31.1 percent. However, despite this shrinking gap, the study said that what looked like relief for homebuyers looking at starter homes might just be a sign of shoppers giving up. “Recent changes are driven by search activity growing more slowly for starter homes than for trade-up and premium homes,” the study found.

It also found that premium home searches made up 41.4 percent of all searches and comprised 52.5 percent of listings, while San Francisco and Philadelphia saw the biggest improvement for starter home shoppers from the last quarter.

This piece of information is particularly heartening for millennial homebuyers in San Francisco and Philadelphia, who make up one of the largest chunks of the homebuyer markets in these two cities according to Trulia.

When it came to listings for premium homes, the study found that Austin and Boston topped the charts in this category even as searches were chasing short supply in the starter and trade-up home categories in these cities.

In turn, sellers were feeling the recent shift in their favor in Ventura County, California; Austin, and Buffalo, New York, the study found.

Previous: The Most Prosperous City in America Is …
Next: Sen. Schumer Calls for Flood Insurance Reform