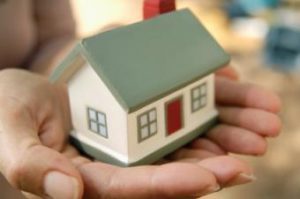 The share of first-time homebuyers continues to rise, now accounting for almost half of all GSE purchase loans and more than 80 percent of FHA loans, according to the May 2017 Chartbook, released by the Urban Institute’s Housing Finance Policy Center on Wednesday.

For the first time in 10 years, the creation of new-owner households outpaced new-renter households. The Chartbook attributed the rise to an “improving economy, falling unemployment, and rising household formation and income.” An increase in new home construction-particularly that of smaller, less expensive homes has also helped spur first-time buyer growth.

“The increase in the first-time homebuyer share has occurred alongside an increase in new home construction and a decrease in the size of the average home,” according to the Chartbook. “Data suggests that homebuilders are not only building more homes, but are also more inclined to build smaller, less expensive homes—which are more likely than larger homes to meet the limited budgets of first-time homebuyers.”

But while first-time buyers are more common than in years past, they’re also less creditworthy, according to the Chartbook. The average credit score of a first-time GSE borrower is 739.7, and for an FHA loan, it's 676.9. This worsened credit, coupled with lighter FHA credit availability, could mean many prospective homebuyers are getting shut out of the market.

“Recent trends in household formation and construction activity are no doubt very positive developments, especially if sustained into the future,” the Chartbook reported. “But if we are to bring more first-time homebuyers into the market, credit availability will need to do its part as well.”

Other highlights of the May Chartbook showed that originator profitability is down, hitting its lowest point since 2016, and that serious delinquencies are on the decline. Only 1.37 percent of loans were 90 or more days delinquent for the quarter.

View the full Chartbook at Urban.org.