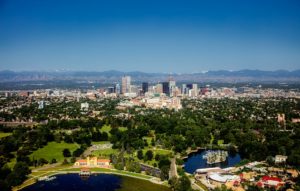 In the first quarter of this year, residents of Denver and Seattle looked to Los Angeles as their new home, according to the latest Migration Report by Redfin.

The move out of Denver is a sort of B-side to the migration to Denver just a few years ago.

“Denver peaked at 40,000 net domestic migrations in 2015, meaning that many more people moved to Denver than left,” the report stated. “Looking ahead, we expect Denver to see a negative net migration, or a loss of residents, in the 2019 Census.”

Meanwhile, in Seattle, the Census data reveal peak net domestic migration in 2016, but since last October, “more Seattleites are looking at homes elsewhere than the other way around,” the report stated.

The ironic part is that almost half the residents of Eugene who looked at new homes in Q1 looked mainly to Seattle as their next market.

Phoenix was another top destination for both Seattle and Denver in the quarter. That city had the largest net gain looking to move to the area from elsewhere, Redfin found. Unsurprisingly, the interest in Phoenix had to do with affordability. The median home sale price in Phoenix was $257,000 in April. That compares to $415,000 in Denver and $580,000 in Seattle.

“The rate of home-price growth in Denver and Seattle is staggering, with Denver up 64 percent and Seattle up 76 percent over the last five years—more than double the national growth rate of 37 percent,” the report stated. “They also both consistently hold the top spots for the fastest housing market, in terms of how long homes stay on the market. These competitive forces serve as a likely cause for the uptick in out-migration.”

Previous: The State of Mortgage Lending and Servicing
Next: Compromise Common Among Millennial Homebuyers