Pent-up demand and low mortgage rates are causing homes to sell fastest in Vallejo, California and in nine other markets in the U.S., according to new data from Realtor.com.

Jonathan Smoke, Chief Economist of Realtor.com noted, “The past three months have set new records. Prior to that, the highest median list price was July last year.”

“This spring real estate market is coming in strong, just as we expected,” Smoke said. “Pent-up demand and low mortgage rates are driving consumers into the market with urgency. However, the recurring issue of limited supply is leading to higher prices.”

Realtor.com also project that homes will have spent a median of 65 days on the market in May, which is the same length of time as a year ago and three days faster than April. Meanwhile, more than 550,000 listings have been added to the market so far in May, up 4 percent month-over-month. However, inventory is still 4 percent lower than it was one year ago.

Realtor.com site traffic data shows a 30 percent growth in searches for homes for sale, compared with May 2015.

The markets listed on the Realtor.com 'hot'  list are ranked according to median days on market and the number of views per listing among the country’s medium-to-large metropolitan areas. "In these metro areas—which may include several nearby communities—buyers are motivated and homes for sale are here today, gone tomorrow," Smoke said.

California has held top spots on the hot list for some months now, but Realtor.com did note a few surprises and more variety. Colorado maintained its two spots from the April ranking, while Detroit, which has been on and off the hottest markets list, came in the 19th place this month. 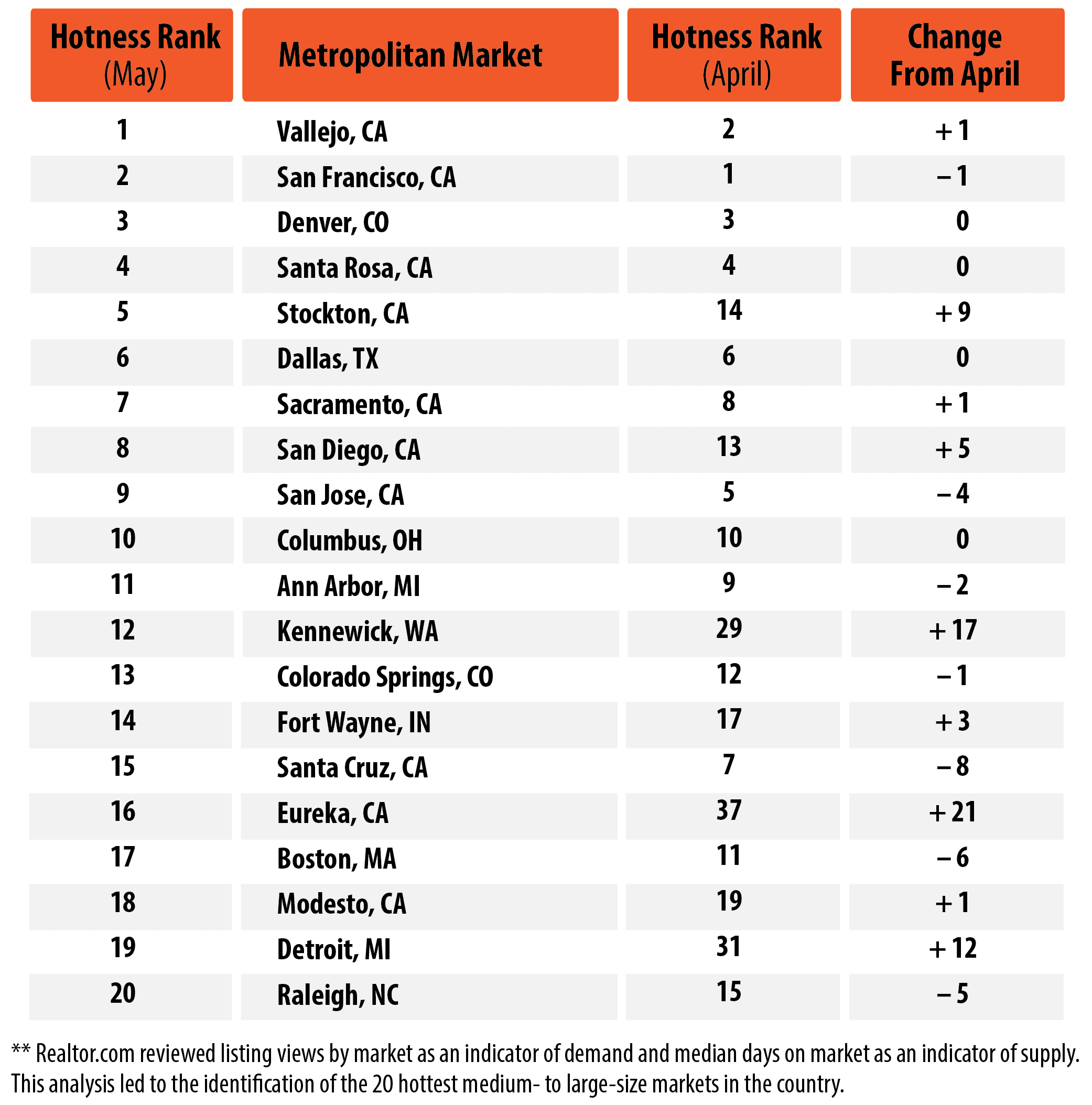 Previous: DS News Webcast: Tuesday 5/31/2016
Next: ‘Housing Gap’ is Widening Within Some Metros